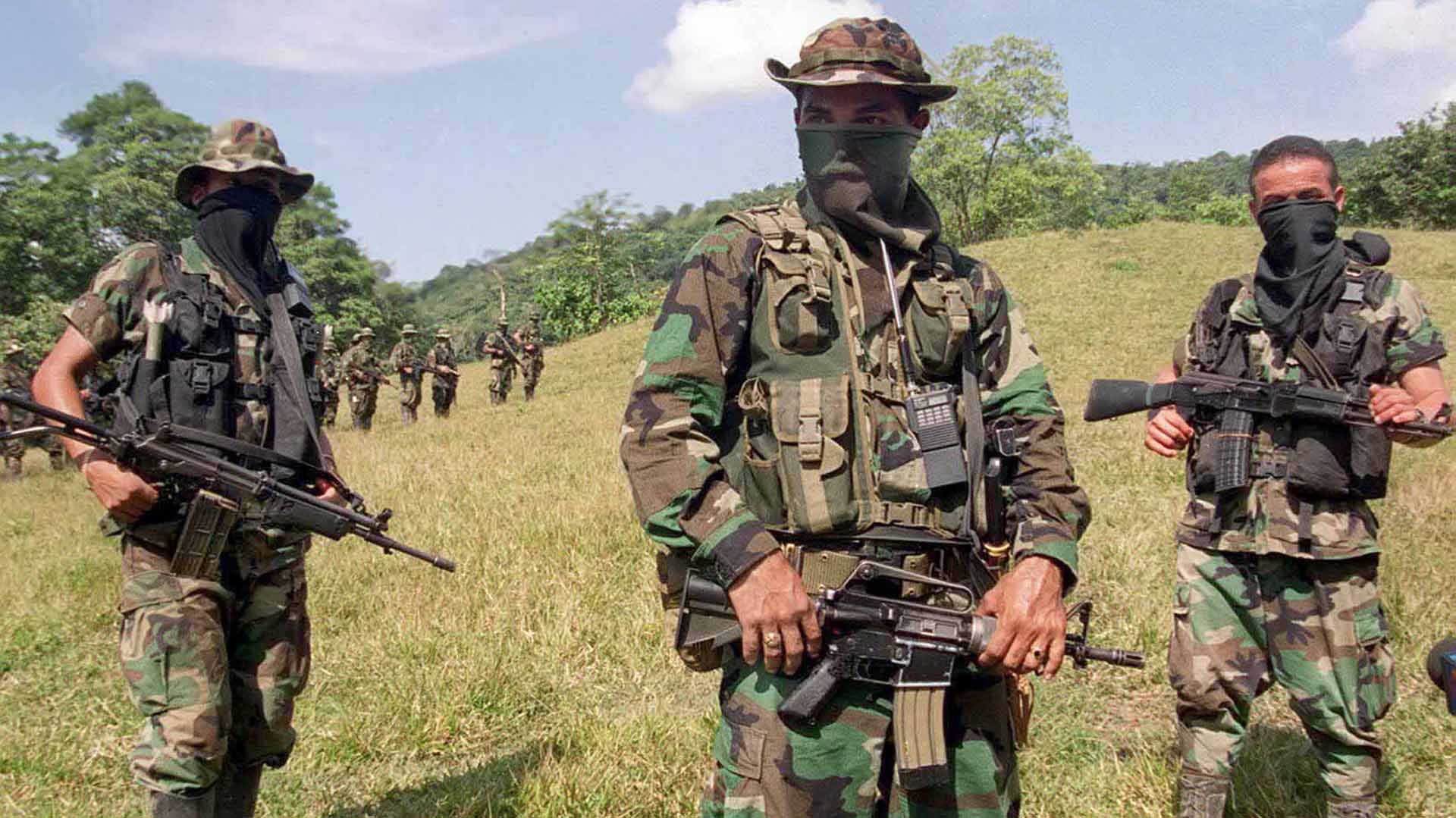 Two terrorists talk in a bar

Two terrorists talk about their plans in a bar while having a couple of beers. The waiter, listening to them, approaches and asks: “Excuse me, gentlemen, but what are you talking about? “The terrorists look at each other, and after a brief pause, the first one answers: “Well, you see, we are planning an attack in which ten thousand people and a horse will die“. “A horse?“- says the waiter – “Why do you want to kill the horse? “. “I told you! “- shouts the second terrorist, scolding his partner -“Nobody will care about ten thousand dead! ”

Let’s talk about the horse

Iván Márquez, Jesús Santrich, and a dozen other FARC commanders made the news a couple of weeks ago when they released a video declaring that they are becoming an irregular armed force again, fighting the Colombia government. This announcement does not come as a surprise, as it has been clear for a long time now that they were breaking with the commitments signed in the 2016 deal, in which supposedly they were relinquishing violence forever. Nevertheless, it was shocking to see the picture of these men, in their uniforms and with their guns, shouting that the war was back.

These are terrible news. These rebels are seasoned warlords, with decades of military experience, who commanded armies of thousands of soldiers until very recently. They are dangerous men, who know how to inflict the most significant damage to the country, and who have extraordinary creativity to cause intense and sustained pain.

It is not clear from the half-hour video what their long-term plans are, nor even how far are they in the most immediate ones. They say they will seek to unite the rest of dissidents under the same structure; that they will try to form an alliance with ELN, the other guerrilla in Colombia; that their targets will be the oppressive elites. All these are threats that they may or may not crystallize, but the simple observation that they can resume their war program with a couple of destructive attacks does not escape anyone.

These rebels join other dissidents of FARC who disregarded the demobilization plan, and who decided to keep the drug trafficking businesses. The government estimates that only 10% of the FARC members operating in 2016 are now dissidents, but it would be naive to think that this means that they only have 10% of the strength they had three years ago. Quite possibly, non-demobilized men are precisely the most dangerous ones, those who have always had the greatest interest and ability to operate with violence, and the first ones that should have been neutralized by the agreement.

More worrisome is the role Venezuela will play in all this. The FARC commanders returning to war most surely will cement the relationship with Nicolás Maduro so that he can strengthen his regime with the military and economic resources that come from drug trafficking. In return, Mr Maduro can offer the rebels a protected rearguard where they can retreat, and from where they can launch attacks to eastern Colombia.

These rather bleak considerations must be in the minds of those interpreting the news as the beginning of a catastrophe. However, the tormented voices that foreshadow the imminent return of Colombia to the darkest periods of the war fell into the media trap set by the FARC dissidents.

The consensus is that the dissidents start from a more fragile position than the one they had at the end of the 90s. The geographical repositioning will take time, mainly because other armed forces have already moved to the territories that can sustain an illegal income, or are disputing them right now. Besides, as I wrote before, FARC was already retreating by the time they sat to the negotiating table, and by the time they signed the agreement, they had lost much of their military capability. At least for the short and medium-term, FARC as an army will be a small guerrilla with a narrow and reduced power.

Various analyses have focused on what is the real starting point of the new militias; however, I have not seen many details about their funding. The number one priority of the dissidents must be to rebuild their finances, but it is difficult to assess how weak or strong is their balance sheet right now. Whatever the case, I am sure that Marxist-Leninist rebels knew that, in the scenario of having to return to the jungles, it would be better to have some initial capital for their next start-up, appropriately hidden since 2016.

This view of the real but minimal power of the relaunched FARC army acts as the counterweight to the choir of apocalyptic voices that announce the worst. From the government, we hear encouraging and optimistic messages, inviting us to keep faith in the peace process. This setback is undesirable – they say – but despite it, we are closer than ever to having a better Colombia, and in peace.

Miguel Ceballos, the High Commissioner for Peace, said all this on the radio the other day, reassuring us with comfort. Obviously: We all sigh with relief because, after all, the horse is not going to die.

Having already made my contribution to the hustle and bustle of the week, I return to that thorny issue that is the current war in Colombia: that which has been taking dozens of thousands of lives every year, propelled by that hodgepodge of the paramilitary armies, the new generations of drug cartels, and the drug export guerrillas.

The opacity of illegal structures, the large number of interacting players, and the dynamism of their actions make it hard to understand the complexity of Colombia’s most recent wave of violence.

In the next decade of the 2020s, Colombia will remain embedded in war, but one that feels different from the one after the Caguan peace process, or the one against the Medellin and Cali cartels. It has in common though the annual sacrifice of thousands of Colombians.

The current administration of Iván Duque is not radically different from the previous one of Juan Manuel Santos, in the way both men approach the problem of non-FARC related violence, which happens to be the deadliest in Colombia. Their perception seems to be that there are some bandits in Colombia messing around, but that sooner or later they will fall. This narrative makes the deadly criminal groups, such as Clan del Golfo, or Puntilleros, or ELN, to look like some petty thieves and not structured armies that exercise territorial control.

Just as in 2002, when we were in a denial state about the armed conflict in Colombia, we now deny the existence of an ongoing, irregular war. But if we do not change that perspective and the strategy to overcome this violence, we will keep living under the illusion that we are at peace in Colombia, despite the ten thousand dead.

This is the fourth entry of my series on Violence in Colombia. The others can be found here: