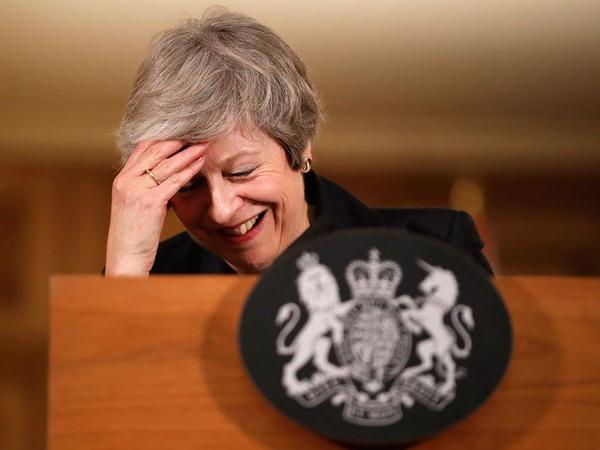 Now that we are about to finish the second season of this drama called Brexit, it is fair to say that nobody really knows what is going to happen in its final episode. The next crucial date is December 11, when the Parliament votes on the agreement reached by the British and European negotiators, and according to those keeping track of the numbers the outcome looks gloomy for the government of Theresa May: less than 250 MPs would vote in favour, way below the minimum threshold of 320 that is needed for its approval.

Just to recapitulate, this part of the story began when Mrs May had the good idea of triggering in a rush the infamous Article 50, giving herself two years from that moment to reach a deal on how to leave the EU. Back in those days the Prime Minister was particularly emboldened, shouting a patriotic speech that resonated well with the Brexiteers and promising a splendid agreement that would restore this great nation. It was in those days that Mrs May coined the mother of all the tautologies, “Brexit means Brexit”, her mantra that summarized her commitment to the irreversibility of the decision to leave the European Union.

A couple of weeks ago, after long and tortuous months of negotiation, the final text of the agreement became public and as expected it disappointed everybody. The list of sworn enemies to the agreement is long, and covers the widest range of political factions in this country: seven members of the cabinet; the most conservatives and the less conservatives of the Conservative party; the DUP, a Northern Irish party that is the junior partner of this government; the Scots; the Labour Party which is the opposition; all the other small political parties in the Parliament; all the tabloids and almost all opinion columnists.

If the Parliament rejects the deal we go back to where we were in June 2016, with no regulation between the UK and the EU from 29 March onwards, but with the difference that now we will be only three months away from when the exit becomes effective. And if there is no deal by that date, what can be expected is the greatest chaos experienced on this island in peacetime since the times of the Black Death, so it is kind of urgent to find a solution. There are those who say that negotiations should continue and that a better deal from the Europeans should be demanded. There are those who say that a second referendum should be called. A few others say that we should pushback the deadline so we can have some room to manoeuvre. The most ambitious are seeing this as a great opportunity to seize power. And of course, the extreme fundamentalists think that all the goods Brits should show their patriotism by immolating themselves with a no-deal exit, defying forever the yoke of Brussels.

There is another option going through the minds of many but that makes even the most impudent to blush: calling off the whole Brexit. Every time someone mumbles that possibility is as if they were embarrassed to admit that this could be a sensible solution. Common knowledge is that no politician would dare to be remembered as the one who stopped Brexit, so with their usual cowardice they keep repeating that the people have already expressed their will, and that stopping Brexit now would be a terrible blow to democracy. The conclusion that follows is that this country must pay up to the highest price that is required in order to satisfy the wishes of the 52% that marked that little box that said “Leave“.

But if there is ever going to be a person who should make the decision of stopping Brexit if the Parliament votes down the agreement, that is Theresa May. If she is the leader she claims to be, she should lock herself in 10 Downing Street for the next few months, resisting all the attacks that will come to remove her from power while looking for ways to reverse the events that were unleashed by invoking Article 50.

From the perspective of Theresa May, if Parliament rejects the deal it would be rejecting the only real Brexit that ever existed. Assuming that the EU is going to agree on pushing back the deadline or conceding more benefits to an ever-weaker opponent would be incredibly naive.  Calling for a second referendum would be almost impossible to organize in such a short time, especially if the delicate aspects overlooked on the first referendum, such as the options given to the voters, are to be agreed by everybody. Leaving with a no-deal would be collective suicide. And quitting, as her predecessor did, triggering a mad competition for power during the most critical months lived in this country since the Suez Crisis should be unthinkable.

No, from the perspective of Theresa May, if Parliament rejects the deal the only option left should be calling off Brexit. Going against the results of a referendum surely is the deadliest sin a politician can commit, and yet that is something that has happened in the past in other parts of the world.

Perhaps it’s time to recall some of the lessons Colombia learned on this topic.

Continues here: Ignoring the will of the people