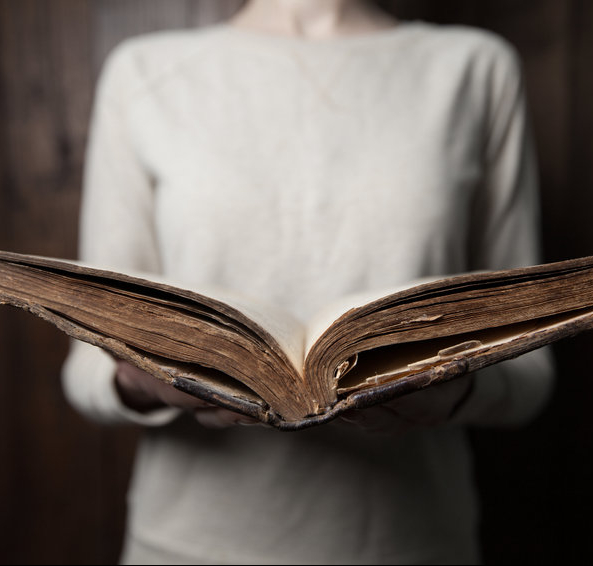 The women in our shelves

A few weeks ago, after 17 months of living a wandering life, I finally touched ground when I moved into a new flat in London, on a high floor of a dark grey building in Bermondsey Square, overlooking the small and beautiful St. Mary Magdalene churchyard.

Someone pointed out that the first thing you unpack after a move is what you love the most. In my case, this is precisely what happened because the first thing I did as soon as I arrived was to unpack all my books from their boxes and arrange them in the five white BILLY-type bookcases from IKEA that stand against the walls of the studio.

As I was doing this, I realized this was the perfect opportunity to catalogue my library, a task that has been on my To-Do List for way too long. For many days I judiciously recorded the information of each book in a spreadsheet, an exercise that would be utterly mechanical were it not because I assigned one or more labels to each one, reflecting their location in the mental map I have of my library. “The Selfish Gene”: Biology – Genetics – Popular – Great Scientists – Read in Utrecht; “Invisible Cities”: Fiction – Short Stories – Travel – Read in Oxford.

In the end, there were 110 books that I catalogued as “biographies”, the label that I give to all those that deal with the life of a real, historical or contemporary character, or those that elaborate ideas derived from someone’s experiences. The majority are biographies in the strict sense of the word, like “American Prometheus” about the life of physicist Robert Oppenheimer, or memoirs, as in the case of the masterful “Failure is not an option”, by Gene Kranz, NASA Flight Director during the Apollo program. There is nothing exceptional to classify these books as biographies.

But less obvious are books like “The Battle for Peace” written by Juan Manuel Santos, which focuses exclusively on the peace process with FARC in Colombia. As these events are told from the personal perspective of the Nobel Peace Prize, I regard this book as a biography. Labelling a book like the excellent “Shantaram” by Gregory David Roberts as a biography is surely more controversial. Although it reads like an autobiography and, in theory, it faithfully narrates his incredible adventures in India and Afghanistan, it is well known that Roberts took many literary freedoms when writing his bestseller.

I also included dramatized biographies of historical figures. Some might say that the trilogies that Santiago Posteguillo wrote about Scipio Africanus or Emperor Trajan are novels, or that the beautifully illustrated book “Logicomix” about the life of Bertrand Russell is just a cartoon. I disagree. For me, they all have the feeling of biographies, and I tagged them as such.

Some of my biographies are books that in fact focus on someone’s work but that use their life extensively to contextualize it. A good example is “Tap Dancing to Work,” a book that brings together all the articles that appeared for decades in Fortune magazine about investment guru Warren Buffett. In others, it is the author himself who uses his own experiences to develop an idea, as in “The Case to Work With Your Hands”, by Matthew Crawford, who discovered after finishing a PhD in Philosophy the fundamental role that manual work should play in his life and in the lives of others.

Most of my biographies only cover one person, but some may be about a collective, as with “Perfect Circle,” the most comprehensive book ever written about the rock band R.E.M. Some others are actually a collection of biographies, such as “The Call of the Tribe” about six liberal economists that Mario Vargas Llosa admires with devotion.

All these biographies have in common that they let me see through a slit the humanity of these people. The great upheavals of history blend with the ordinariness of everyday life, the ideals that sculpt the zeitgeist of a generation totter with the insecurities of their champions, and epic achievements become islands in a sea of failures.

These books build the coordinate axis for my own life and lay the myriad of roads wandered by their characters in front of me. Their voices remind me that the events and thoughts that form my life are very similar to those that defined the lives of these men of flesh and blood.

Surely he meant “these men and women of flesh and blood”

Of the more than one hundred and ten people covered in the biographies on my shelves, only seven are women. Those of Flora Tristán (writer and activist of the 19th century), and Vera Brittain (nurse of the first world war), are memoirs written by them. I also have the impressive biography of Marie Colvin, a war reporter, which later became a sensational movie. Two other books bring together reflections that emerge from the experiences of their authors: “All in a Don’s Life” by the professor of classical studies at the University of Cambridge Mary Beard, and “The Conversations” by the writer Olivia Fane.

I also include “The Red Sari”, a dramatized biography of the great Indian politician Sonia Gandhi, and “Widow Basquiat,” a book of short anecdotes about artist and psychiatrist Suzzane Mallouk. It should be noted that the action of these last two books, partially in the first and entirely in the second, is underpinned by the relationship that these two women have with two men: Sonia Gandhi is the widow of Rajiv Gandhi, Suzzane Mallouk was Jean-Michel Basquiat’s girlfriend.

Seven women among more than one hundred and ten men: I challenge anyone to find a gender disparity more pronounced than the one hidden in my library. This discovery is downright embarrassing to me, and it makes me feel somewhat hypocritical when I claim to have a balanced view of this world. When 95% of the voices you hear in these books tell you what reality is for only half the planet, aren’t you forgetting something important? Sure, I’m only talking about the characters in these biographies, not the authors of these and other books on my shelves. And yet, something tells me that if I set out to discern their gender, I would find more male than female authors.

The most curious thing about all this is that I would never have spotted this grotesque disparity if I had not taken the trouble to catalogue all those books in the first place. As the list of books grew on my computer, I felt that my unconscious was detecting that something was wrong, but I did not know exactly what it was. It was only until I got to an old edition of “Parallel Lives” that the veil was lifted. This, a 1921 edition, translated the title of Plutarco’s work as “Vidas de Varones Ilustres”, something like “Lives of Illustrious Men”. The Spanish word “Varones” may not have an English translation that conveys the same tone, but it is one that in Spanish accentuates a strong masculine characteristic.

“Ha! What a funny and archaic title” – I thought – “so antagonistic to our modern gender sensitivity.”

But with the disbelief of the detective who realizes that he is, in fact, the murderer, I also realized that my entire library of biographies was a funny and archaic Life of 103 Illustrious “Varones” – and only seven women. 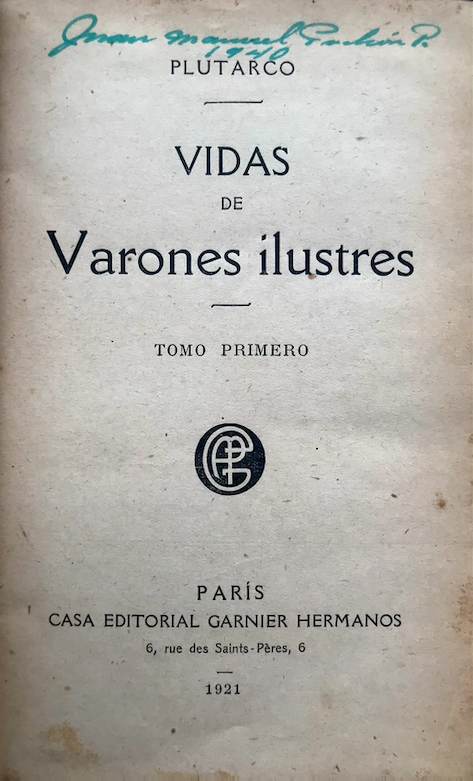 The tiny number of biographies on women I have is the result of the organic growth of my library, which does not follow a rigorous program but rather just my erratic intellectual interests. And to be fair, part of the problem lies on the supply side: It is well known that women are underrepresented in the biographical genre. In Wikipedia, only 17% of biographies are about women!

Gender disparities are not hidden, they are there in front of everyone, literally on the shelves of my library. You need to adjust your vision to detect them, though, and to do so, the simple act of counting becomes a powerful tool. Counting books, biographies, and women in these biographies may seem like a strange exercise, but it is one that I find just natural.

This episode reminds me of the Test of Bechdel, which consists of three questions you can formulate to a movie to determine the role of women in it :

It would be natural to think that very few films fail to pass these three simple tests, but the truth is that when you do the counting, 42% of all films do not meet the Bechdel criteria. In the same spirit, answer the following three questions:

I’ll keep reading biographies, but I want to start balancing this unevenness, and I see nothing wrong with introducing a little affirmative action the next time I go to the bookstore. I have already identified several biographies of women that I want to read, but I am open to suggestions: What is your favourite biography about a woman?