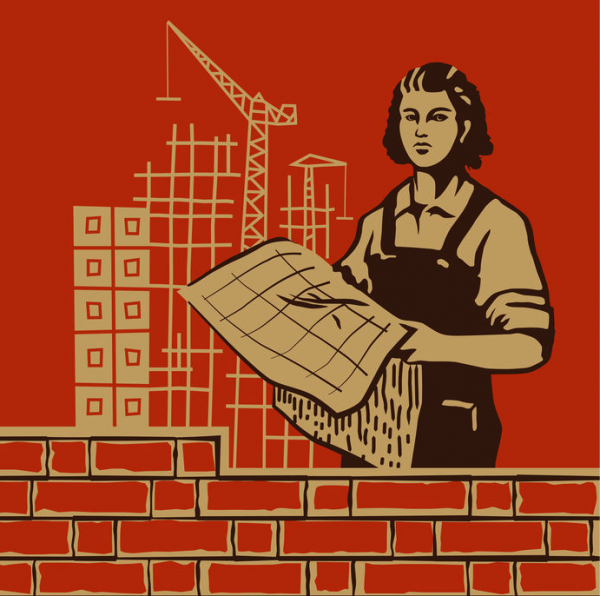 Of course, you can hate inanimate objects (the perennial office printer that never works) and even those that are abstract (the damn traffic jam where you are stuck). But if you want to awaken the most intense passions, there is nothing like giving a human form to your enemy.

Perhaps, for this reason, those whose cause is to overturn the status quo have a propensity for anthropomorphising the market and portraying it as if it were an unholy god, half-human, half-demon, who indulges for eternity in the most terrible of sins.

Here I recommend you read my first entry on this topic: The Market as the Villain.

The market is like a celebrity, a bit stupid and shallow: How else can you explain all those useless gadgets, those redundant fashion items? The selfie stick and the coloured sneakers are the culmination of its creation.

The market is like a drug dealer, which has us addicted to endless products that we do not need: How else can you explain the blind consumerism that has dragged our planet to catastrophe? Surely, there was wisdom in that viral tweet at the beginning of the Covid pandemic: “It’s funny to see how the economy is about to collapse because people are only buying what they need”.

The market is like a spoiled child, throwing tantrums and smashing all its toys without explanation: How else can we understand the economic bubbles and the dire financial crises that follow them? If someone could control the brat, millions of people would surely not suffer every time the stock market has one of its recurrent and loud crashes.

But if the market is the villain, who is the hero?

Produce what is needed, not what makes money

Many will find these caricatures of the market witty and perhaps funny, and you can easily find them in books and newspapers sympathetic with the socialist movement. However, I think this kind of demonisation also helps to hide the essence of the market and what its opponents should build to replace it.

Not all technologies are made of silicon; some of them are assembled with complex social processes. And the market is a perfect example of this form of social technology.

The market as a technology seeks to determine who owns what. Understanding the inner workings of this machinery is a vast and fascinating topic that I am beginning to write about in this blog. In my previous post, for example, I wrote about Ludwig von Mises, an Austrian economist who made some pertinent observations about the workings of the market – although in doing so, he made the mistake of believing that these implied the impossibility of socialism.

Here I recommend you read my previous entry: Socialism Is Not Impossible.

The alternative to capitalism that has most enthusiastically captured the minds and hearts of millions of people across the planet has been socialism. There are countless variations of socialism, but something that brings them all together is their expectation about the property rights of producer goods. Natural resources, machinery, materials, factories: In the socialist plan, all of them must be freed from private hands and socialised; that is, they must equally become the property of all.

Socialists justify the appropriation of private property mostly on moral grounds, arguing that this socioeconomic structure fosters inequality, injustice, and exploitation. But they also point to a practical element. According to them, socialisation can atone the many sins of the market – its irrationality, wastefulness, and inclination to produce irrelevant or even lethal products for humans and the planet.

A rough way of separating capitalism from socialism is by answering why society produces what it produces? For capitalists, the possibility (or better, the intention) to profit moves the economy’s gears and becomes the ultimate reason why an entrepreneur ends up producing what she produces: Simply because she is allowed to keep a profit at the end of the day.

In socialism, on the other hand, society produces what it needs. The economy is guided ex-ante to provide clothing for the entire population, nutritious food for children, or vaccines to fight diseases. Society produces them without waiting for someone to figure a way to make money out of them.

What a message so full of hope and good intentions!

Say goodbye to the clumsy progress of creative destruction.

Say goodbye to the production of chemicals that poison the fields, the junk food that turned obesity into a global pandemic, and the energy sources that pollute our atmosphere.

Say goodbye to the shortage of unprofitable medicines or services that provide a minimum of dignity to the poorest but that nobody wants to give.

With the abolition of private property, all goods of production remain in the hands of the community, and the only thing we need now is someone who can organise all of it in a rational and optimal way.

Any volunteers that can help us with that?

Send Chief O’Hara up to the roof and have him flash the bat signal!

Imagine it as a government office where thousands of people work, with the technical and human preparation to understand all the needs of the whole population in all points of the geography. From this office, there is global visibility of the problems and the resources available to solve them. The socialist planning office is at the centre of the governmental machinery, producing the goods and services that the people demand, or even those that people desire.

Does anyone venture to suggest what the magnitude of this operation is? What kind of resources this government office should you have? What principles should you follow? Project managers, engineers, and administrators: Can you estimate the complexity associated with the trillions of goods produced each year, say, in the United States, United Kingdom, or Colombia? And what about the distribution thereafter? The figures are mindblowing, but we will need to cover some ground before we get there as we will need first to understand what the market is doing to solve the production and distribution problems.

Marx was precise in his criticism of capitalism, but in proposing concrete solutions, he was somewhat vague and left the details as an exercise for the reader. When the Bolsheviks seized power after the Russian Revolution of 1917, they realised that there was no written manual on how to create a centralised office that could fulfil the socialist dreams of a reasoned production.

And the socialists in the Soviet Union did, I suppose, the best they could with the resources and technology existing at the time. They ended up established the famous “Gosplan”, short for “Gosudárstvenny Komitet po Planírovaniyu”, or in English, the “State Planning Committee” (the Soviets always knew how to find inspiring names). The Gosplan was in charge of drawing up the five-year plans; and the Gosplan decided what machinery, cars, and clothes would be produced; and the Gosplan decided how all this was distributed to Leningrad to Nizhny Novgorod or Novosibirsk.

Time has passed, the Soviet Union no longer exists, and we can judge how the Gosplan fared in hindsight. And to put it mildly, the Gosplan was not a huge success. True, it managed to support the Soviet economy for decades – and even managed to have a short golden age during the Nikita Khrushchev era – but it never came close to delivering on the promise that central planning would be superior to the market. The examples of other central planning systems in many of the socialist nations have not been inspiring either.

However, following what I wrote in my previous post, “Socialism Is Not Impossible”, we cannot rule out the possibility of creating such a central state apparatus one day, one that achieves the promises of abundant output by owning all the means of production.

Political intentions capture the discussion about the socialist agenda. Left and right are obsessed with discussing the convenience or difficulty of this economic model to generate equality, freedom, or stability.

But much more pressing is to resolve the technical question. What can be gained by making all the promises of the socialist dream if the associated complexity overflows the capabilities of a centralised system without markets or money?

The market is a gigantic computer, distributed in parallel and almost decentralised. Those who advocate destroying it have to propose an alternative computer, as simple as that. I am not saying it cannot be done, and many academics have already worked on this challenging problem. We will get to them in this blog at some point. But let there be no doubt that we are talking about a colossal task, one whose technical complexity cannot be simply dismissed.

Today’s left-wing parties that claim to be serious about the socialist agenda assure us that we will travel to the moon, the sun, and the stars. But something makes me think that none of them has realised that we need to build a rocket first.