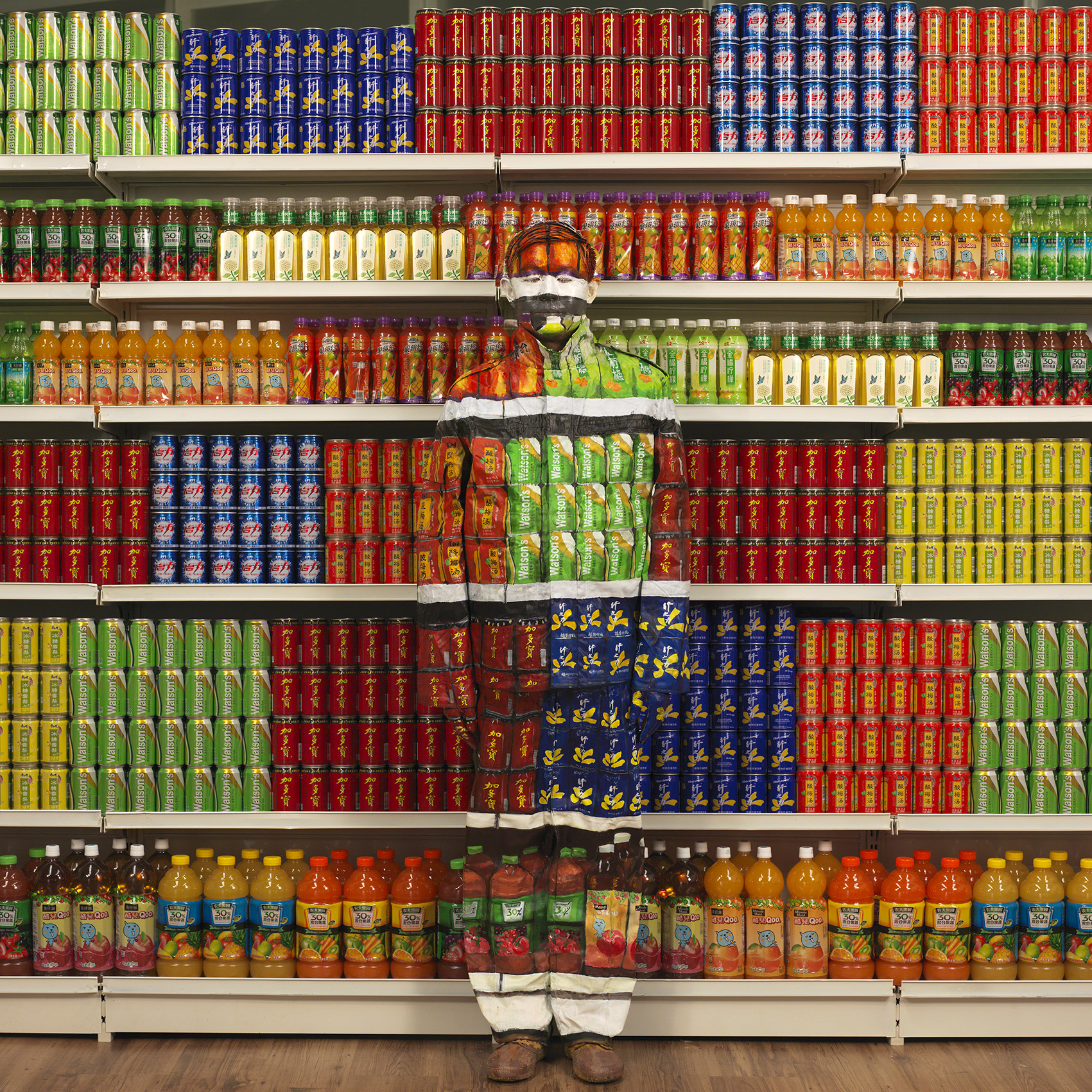 The Market as the Villain

What was the last meal you got for yourself that you didn’t get “through the market”?

By this, I mean something for which you didn’t have to rely on any commercial exchange of money for goods, or provided to you by someone who used such exchange to procure them. Perhaps it was a tomato you grew in your garden, or a trout you fished in a lake, or a peach you picked from a tree.

For me, it was a rabbit. It happened in the fall of 2019, in a private estate in the north of England, where I was learning some surviving skills, one of which was hunting for food. It takes quite a lot of work to make sure the snares are compliant with regulations – you must make sure they don’t cause unnecessary suffering to the animal – and you have to set dozens of them along the corridors that the rabbits open through the forest floor. You have to keep checking all your traps every half-day or so, in case one of them catches prey, and when that happens, you need to be ready to finish it swiftly and with determination.

As beginners in the matters of surviving in the wild, my eleven adventure buddies and I surely used far more energy than the one we got from the three small rabbits and one brown hare we managed to trap after three days of assiduous labour. While eating my share of the meat by the campfire and under the stars, and elated by experiencing a strong connection with nature, I couldn’t help to marvel how different things were back in the real world.

Almost every calorie I have consumed in my life has been provided by the market – the rabbit being just one memorable exception. Of course, this dependency is not exclusive of food. My access to shelter, health, education, transport, information, and entertainment, has been overwhelmingly subject to market interactions. In the occasions where such access has not involved an explicit transaction (say, for example, in the case of a medical consultation provided for free by the National Health System in the UK) you just need to look beyond the immediate moment to realize that the market played some crucial role somewhere upstream.

The market has been good to me, but not everybody has been that lucky. For many people, the market has not delivered what they want or what they need. Furthermore, one could argue that the market has created the incentives to produce nefarious goods for humans; it has exacerbated consumerism, depleted natural resources, and endangering life on Earth. These limitations have prompted many, not just to take a critical view of the markets, but rather to demonize it on fundamental moral grounds. Although the market has proven to deliver benefits to billions of people, it is hard to portray it as some kind of a hero. Instead, it is more like Danny Trejo, the American actor who looks almost perfect for playing the bad guy’s role. Similarly, the market shines most when it appears in the casting as the villain of the story.

Merchants and moneychangers trade at the Temple’s steps in Jerusalem, a sign of disrespect that infuriates Jesus.

Shylock, the Jewish moneylender in William Shakespeare’s play “The Merchant of Venice”, wickedly demands a pound of flesh from handsome Antonio when he defaults on a loan.

And Gordon Gecko, the unscrupulous financier in Oliver Stone’s film “Wall Street”, corrupts junior stockbroker Bud Fox, with the promise of richness in exchange for breaking the law.

The common element of these stories – and the thousands more that there must be out there with a similar archetype – is depicting agents of the market displaying immoral or illegal behaviour: Disregard for what is sacred, lack of compassion, and greed. In this way, these stories’ characters embody the market’s deep flaws, allowing the storytellers to make a point about its shortcomings without having to refer directly to it. The merchants of the Temple, Shylock and Gecko, are symbols of the market, but they are not the market themselves – only its acolytes.

The imagery of twisted humans engaging so close in market activities is effective because it seamlessly transfers their dark traits to the markets themselves – but only up to a point. The gap between the market and its agents creates a sense of ambiguity that typically is not addressed directly. After all, one could argue that these market practitioners are just some bad apples, abusing their power. It is up to the reader or viewer to make the call of whether it is the market itself the source of malice.

In this context, Jose Saramago’s The Cave emerges as a disparate critique, as it takes aim directly to the market without relying on some individuals’ depravity. In Saramago’s novel, we meet Cipriano Algor, a sixty-four-year-old widower who owns a small pottery workshop, in the outskirts of an anonymous city, where he creates pots, dishes and vases that later he sells to the Mall. He is skilful in his art, proud of his products, and passionate of giving shape to clay with his hands and in his old brick oven – a craft that his father and the father of his father kept alive for decades.

Cipriano Algor’s vicissitudes begin when he receives the news that the Mall decided to stop purchasing his goods, as they are not selling well. Inquiring what would be the reason behind the drop in sells, a mid-level manager from the Mall tells him: “It was the launch of some imitation crockery made out of plastic, its so good that it looks like the real thing, with the added advantage that is much lighter and much cheaper”. Facing the likely extinction of his business and his way of life, Cipriano Algor decides to double down on his skills and launches a new venture – pivoting, in the parlance of entrepreneurs – making small clay dolls. If the Mall does not want his earthenware, perhaps it might be persuaded to acquire hand-made decorative effigies of Jesters, Clowns, Nurses, Eskimos, Mandarins and Assyrians.

The tale of Cipriano Algor and his family reads like the adventure of a hopeless troupe fighting a mighty natural force as if they were the sailors in a fragile boat in the middle of a ferocious storm. Their options seem to be to fight a battle they can’t win or accept they will be washed away by the invisible waves of a system that covers valleys, mountains and towns. A twist at the end of The Cave switches the story’s tone, from social struggle to almost Lovecraftian horror. A mystery – perturbing, terrifying, unresolved – signals without ambiguity the market’s foundations and our role in it.

In literature, symbols and allegories are used as devices to project the essence of reality, but they do it in different ways. Symbols encapsulate the idea in one single point of manifestation, delivering their message instantaneously. The merchants of the Temple, Shylock and Gordon Gecko are symbols of the market, giving it a flesh and bone incarnation to fill space and time.

Allegories, on the other hand, comprehend the full object in question just as pure thought. The abstract nature of the allegory materializes not immediately and monolithically, but rather as a sequence of heuristic elements that express a reality. The brilliance of The Cave is that lays down such features (the Mall, the mid-level managers, the empty valleys, the Dolls) to create an allegory of the market, forcing us to think more deeply about it as a whole (see Saramago: The Cave as allegory of the Market, by Marco Antonio Velez Velez, 2014).

And thinking about markets seems to be something most of us do these days, even if inadvertently. The way we think about the market is aligned to how we feel individuals must behave and the ways societies must be organized. Put together a list of topics that dominate the public conversation, and the chances are that markets play some fundamental role in them.

What do you think about inequality, poverty, climate change, healthcare coverage, the resolution of Covid-19, access to education, the war on drugs, elections, privileges, personal freedom, societal stability, fairness, authority, big government, regulation, central planning, and labour? Can you see how your views on these topics, are somehow shaped by what you think about the markets?

Markets are a technology that we use to allocate resources and risk across society. It is not the only alternative, and perhaps not even the best one, but it is one that has become ubiquitous, touching almost all aspects, of virtually all people in nearly all countries. We could live in a world where we all hunt rabbits and collect fruits from the trees to procure the food we need for ourselves. Or we could live in a world where central government agencies coordinate the production and consumption of hand-made clay objects, guaranteeing the craft of Cipriano Algor remains alive and relevant – even when nobody wants them. However, for better or for worse, we don’t live in such worlds.

In this blog, I have also used the word “technology” to characterize elections, that other seemingly constant element in the fabric of our collective reality. But just as elections, the market is a poorly understood technology, one whose reach and limitations are routinely exaggerated by its advocates and detractors. Passions rather than knowledge seem to drive our views about markets, but our biases may prevent us in understanding, fixing, and improving them, just as you always need to do with any other technology.

I find the shallowness of this discussion unnerving, and in a series of entries in this blog, I will approach the subject from my personal perspective and experience. Unlike other topics on which I write, I feel markets are something I know a thing or two. My focus will be mostly on the dynamics and mechanisms of the technology rather than the political aspects, though it would be naïve to disregard the later: Allocation involves power, and power involves politics.

The market is a colossal structure that has been built by billions of people throughout thousands of years. Even if we have strong feelings against it, we can marvel over its ingenuity and the boldness of its promises. Its behaviour makes for a fascinating topic and understanding it is essential to say anything relevant about what it should be its future or the ones of its alternatives.

Halfway through The Cave, Cipriano Algor dreams he is inside the big oven he uses to dry his clay-made creations. He sits on a small bench, staring at the wall, with his back to the entrance. Some people are outside the oven, and talk to him, but he can only see their Platonic shadows projected on the wall. A presage of what is about to come, Cipriano’s dream says something about our numbness, passivity and subjugation.

Emancipation comes in the last couple of pages of the novel. Cipriano Algor and his family decide to break the chains of that reality. First, with a defiant attitude, they liberate an army of statues, offering them to the mud and the rain. And then, with the truck fully loaded with their belongings, they leave the workshop behind, never to return. When they reach the main road, they turn left, heading in the opposite direction of the Mall. Inside the truck, Cipriano Algor and his family are jubilant, exhilarated of a new life far away from here.

But we don’t have that luxury and won’t follow them in their escape. Instead, we turn right on that road and start heading to the Mall. Because we must understand.