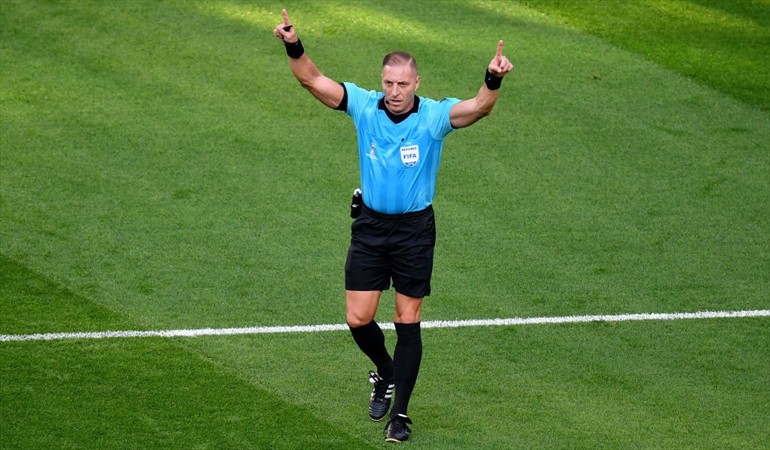 The fact is that no one cares about facts

“Next year will be 50 years (supposedly) that man stepped on the moon. I’m having dinner with some friends…chatting about this. I bring the topic to the audience! Do you think it really happened? I don’t!”

This was the message that goalie Iker Casillas tweeted a few weeks ago to his eight million followers who are probably more used to his acute observations about football rather than his views on the space program. Serious newspapers like El Pais, always ready to find inspiration in the Twittersphere, took the 157 characters to run articles that amplified Mr. Casillas remarks while omitting the point that the guy must be bonkers for thinking this.

What the newspapers didn’t highlight though was something more worthy of headlines: Mr. Casillas included in his tweet a poll asking his followers whether they believe that man stepped on the moon in 1969, and from the 310,000 people that answered 42% said they didn’t. It is shocking that such a large proportion of people give credit to one of the craziest conspiracy theories out there, but it is in line with the results of similar polls. A couple of years ago it was reported that 54% of Britons doubted of Neil Armstrong’s spaceflight to the Moon, and even in the US this proportion has been reported to be as high as 20%.

It is a fact that the Apollo 11 went to the moon almost 50 years ago, just as it is a fact that Spain won the FIFA World Cup in 2010. Live audiences of nearly 600 million people followed both events, but I still have to meet the first person claiming that La Roja really didn’t win the tournament and it was all just a cover-up. These two events are facts and therefore you don’t “believe” them; you “know” them.

That humans went to the moon is a fact, just as it is a fact that the global warming caused by humans endangers the planet, and just as it is fact that vaccines provide immunity to diseases. In these three examples we have a vast amounts of compelling evidence that is just a few clicks away from anyone with curiosity, an inquisitive mind, and an Internet connection. But in these three examples we also have large groups of people that prefer to shut their eyes to the facts and decide to live in a parallel reality where evidence can be easily disregarded.

If you can choose to ignore facts despite the overwhelming and unambiguous evidence supporting them, what are the chances that you use facts to guide your decisions and preferences when they are more difficult to establish and where passions are more intense? If you can ignore hard historical facts, or facts that belong to the realm of physics, chemistry or biology, what are the chances that you take into account facts in more fuzzy and heated topics such as politics?

In this month’s edition of Wired Magazine there is a fascinating story about fact-checking organizations that have been established over the last few years with the sole purpose of spotting false statements made by politicians. Their work is better understood with a recent example: Last week Theresa May claimed that 1.9 million more children in the UK are in good and outstanding schools, compared with 2010, in part due to the reforms made to Education by conservative governments. The next day FullFact.org, a British independent fact-checking charity published a note (based on a letter from the Statistics Authority to the Department of Education) saying that this was misleading as it could be down to rising student numbers, change in inspection practices and that there is a large number of pupils in schools that haven’t been inspected since 2010.

You can imagine how complex is the task of chasing every single statement made by politicians and quickly assessing whether is true, false, somewhere in between, or just not verifiable. Some of these organizations are starting to leverage Artificial Intelligence techniques to speed-up the process, however in the near future this will mostly rely on groups of humans doing the heavy lifting.

I find the work of these fact-checking organizations important and extremely exciting, and I am sure that in the next decade we will see how they improve to become faster, more accurate and covering a wider range of political players. In a world intensely flooded with fake-news we certainly need more fact-checkers, not less. However I also think that the impact these organizations may have in the wider audience will be limited and most likely they won’t change the way in which the majority of people form their political views.

Fact-checking organizations probably see themselves as referees in a football match, providing an independent assessment of faults made by the players. Just like VAR referees, they monitor the actions in the field with a variety of technologies and enforce some form of correction when they see something wrong is happening. Perhaps they think that by stopping the dirty politicians from spreading lies and rumors they can make the game of politics beautiful again.

But just like referees in a football match, fact-checkers may find that people in the audience will applaud them when they penalize the opposing team but curse them when they do it to their own. And though I’m sure that some people might have decided to stop cheering their teams when they saw their players using to many dirty tactics, the reality is that most of us will keep supporting them due to reasons that go beyond mere facts.

Plain facts may change the views of certain people on certain topics, but to me this seems to be the exception rather than the rule. And this is something that people like me should stop resenting and instead start accepting. The story of the man on the moon is a rare example of a fact that can be ignored without catastrophic consequences. But if we want to become more effective in saving the planet from global warming, or preventing children dying unnecessarily from diseases for which we have vaccines, or promoting governments that truly reflect our views and values, we should better remember that in these battles winning hearts is essential but minds only optional.

Tags: man on the moon, politics