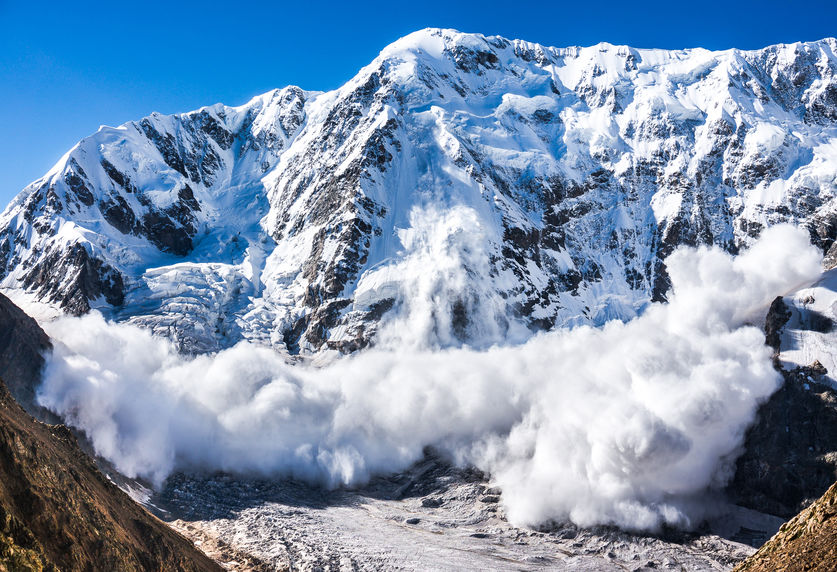 The avalanche that collapses your habits

In December 2019, exactly one year ago, I took one afternoon off to think about the year that was about to end. With a great sense of pride, I noticed that I had accomplished three ambitious resolutions that I had set for myself twelve months earlier:

Fast-forward to December 2020, and I find myself in the very same place – a Juan Valdez café, near my family house – doing the same introspection exercise. This time though, I am disappointed because I know very well there is a gulf between my New Year resolutions and what I managed to accomplish.

For starters, 2020 might no have been the best year to commit to very ambitious goals. We probably should treat this year as one of those football tournaments in the kids’ league, where you get a medal just for showing up. Reaching December 31st surely has its own merit, and there is no reason to spoil that with recriminations of what you didn’t do.

Still, it would feel quite mediocre not even pausing for a moment to scrutinize why the progress of one year was halted, or even reversed, in the following. The answer surely lies in the pages of the thousands of books that must have been written on the topic of achieving goals, dealing with procrastination and creating habits. In particular, I can imagine two opposing diagnoses that could be made by two of the most beloved figures in the self-help community:

Tim Ferris: “Your problem was that you didn’t approach your objectives in a smart way. You didn’t split your goals in small, manageable chunks that could be easily accomplished on their own. There is a path of minimum resistance that can be illuminated if you take a scientific approach to the challenge, but you didn’t follow it. A few gadgets might also have been useful”.

David Goggins: “Your problem was that you didn’t push yourself hard enough, and you found many excuses to indulge in comfort or avoid pain. You cannot cut corners when you are working on your personal growth; in the end, everything is a game testing your mind’s resilience. Staring at yourself in the mirror, while shouting how fat, stupid and lazy you are, could also have been of great benefit”.

Ferris and Goggins have good ideas, and they have proved them to be effective in their own lives (and in their own crazy ways), so the right approach to improve things probably lies somewhere in between these two opposites. However, there is one observation I did about my derailed progress that I find intriguing, but that doesn’t seem to be treated thoroughly by these authors. My experience with meditation, a practice I have been trying to incorporate in my life for some time, offers an excellent illustration of this point.

The benefits of meditation are well documented (for example in the book Altered Traits, by Daniel Goleman and Richard Davidson), but its transformational benefits depend on your ability to practice it for long, sustained periods. Therefore, I would like to reach the point in my life where I meditate every single day for at least one full continuous hour, besides having a few other shorter sessions of “enhanced awareness” – the minimum you probably require to see noticeable changes in your body and mind.

Over the five years in which I have done some form of meditation, the cycles of success and failure seem to follow the same pattern. First, I get the bug of meditation, and after trying old and new routines, I manage to sustain the habit for some time. As weeks go by, I adapt my daily meditation to the changing circumstances of my life. Then, I switch to autopilot, and for a few months meditation seems to be as natural as brushing my teeth.

But then, one day, I don’t do it. It might be that I forget to do it, or that I am swamped with work and I can’t find the time; the exact reason really doesn’t matter.

When this happens, I feel a bit silly for having dropped the ball, but I take comfort in thinking that skipping one day of practice must have zero repercussions after having done it for months without a single hiccup. After all, I am not doing it to set a record of the number of consecutive days meditating, but rather to grow and improve, so I go back to the routine the next day with the same optimism and enthusiasm.

But here is the crucial bit: After that minuscule interruption, something indeed has changed in me. When I resume my practice, I can maintain it just for a few days until I realize that I just skipped another session. Over the next few weeks, what follows is a quick disintegration of my routine, in which the interval between meditation-free days becomes shorter, and the number of consecutive days where I don’t meditate grows larger. In the end, my meditation practice is gone from my life, and I have to wait for many months until I find the spark that makes me want to start all over again.

The image I have in my head of when this happens is of an avalanche, that starts with just a few pebbles rolling down the hill from the top of the mountain, but whose detachment creates a chain reaction that makes larger rocks to fall, followed by massive sections collapsing between columns of dust rising to the sky. When the air clears, all that is left is the image of a landscape with a big hole where my habit used to be.

Other interests that I have struggled to internalize in my life follow a remarkably similar pattern. Keeping a healthy diet, exercising regularly, writing one thousand words every week, or carving wooden objects consistently through the year might be the most prominent examples of that unfortunate list. I am far from being an expert in any of them, but after spending some time and energy practising them, I am not a complete beginner (perhaps I am more like an advanced beginner). Which makes the issue of the avalanche and eventual disappearance of regular practising more worrying, as it is evident that consistency is the only way to take things to the next level.

The external force that creates the small interruption in the routine, and triggering its collapse, is specific in each case. For example, a mild case of writers’ block earlier this year resulted in a particular post of this blog taking longer to complete. And in the case of exercising, a sore muscle prevented me from following my routine for a couple of days. However, in both cases – just as it has happened with my meditation practice – what follows is the same pattern: an intermittent stream of failed attempts to keep the course but eventually succumbing to emptiness.

I think the avalanche metaphor is useful to describe the peculiar acceleration experienced by a habit on its way to vanish. It is neither a gradual process, where every week I subtract a few more hours of the practice, nor a binary one, like turning a switch off. The role of that initial disturbance is quite unsettling as well, as it can easily be disregarded as just some pebbles rolling down the hill, but whose effect is magnified by some inherent fragility of the system.

At the peril of stretching this metaphor way too much, I wonder if the existence of that critical point that triggers the cascading effect hints to the non-equilibrium nature of some of my behaviours.

In his book “Elementary Principles in Statistical Mechanics” from 1902, Josiah Willard Gibbs stated that for a system to be in equilibrium “it is necessary and sufficient that in all possible variations of the state of the system that does not alter its energy, the variation of its entropy either vanishes or it is negative”. This is just a fancy way of saying that when a system is in equilibrium, you can smash it, kick it or do whatever you want to it, in the end, it will go back to its initial state. Classical thermodynamics was erected with the view that the systems that matter in nature are in equilibrium, and as any engineer or physicist can confirm, that way of modelling reality was not a bad choice at all.

But as we know at least since 1917, with D’Arcy Wentworth Thompson’s book “On Growth and Form”, and later through the work in the 1930s by Lars Onsager, nature is really mostly about non-equilibrium processes, which may reach stable states without being necessarily in equilibrium (using the definition above). The world of non-equilibrium phenomena is the world of abrupt phase transitions that, through freezing, take water in liquid form into solid; highways with fluid traffic into hellish traffic jams; and peaceful mountains into unstoppable avalanches.

With all its complexities, disturbances, and failures, life seems to be like those non-equilibrium systems that won’t just naturally revert to their initial state. Perhaps we should keep that in mind when we take the good advice of the Ferris’ and the Goggins’ of the world, who seem to assume some form of equilibrium in our lives – just as the fathers of thermodynamics did. Not a flawed assumption, but perhaps one that does not hold for those behaviours that are not in equilibrium, that is, all except those that are deeply ingrained in our existences.

A guide on how to cope with the constant perturbations in your life that push your behaviours and habits to transition from one phase to another: That would be a self-help book I would love to read.