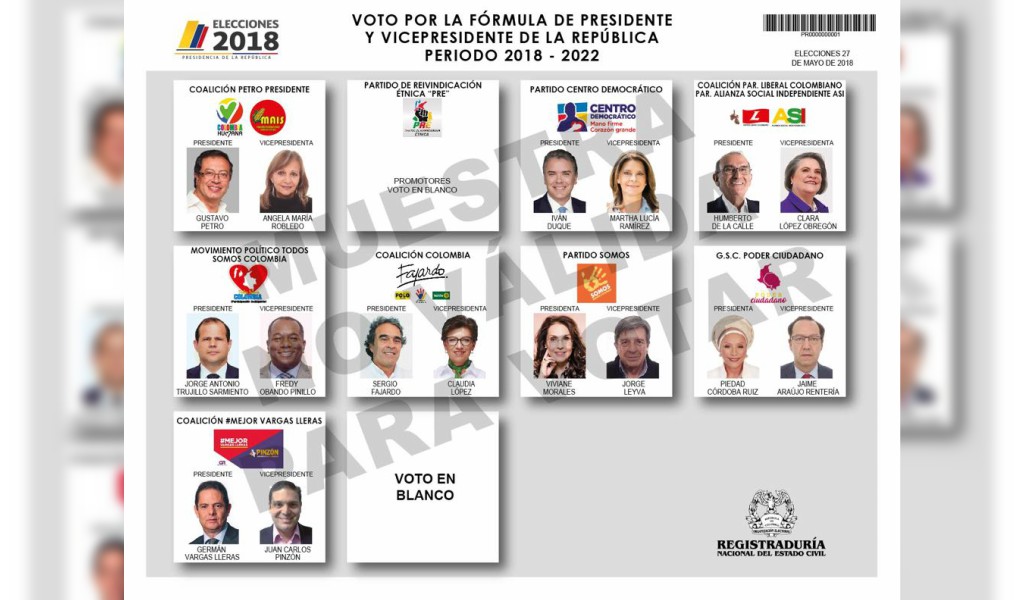 Why aren’t you on the ballot?

In a blog post last year, Nick Trefethen (who was my supervisor at Oxford) observed that the list of his fellow Harvard classmates from 1977 included leaders in all sorts of activities and disciplines except politics. And it contrasted this with the situation during the American War of Independence, when the political leaders were of the stature of Hamilton, Jefferson and Madison. His conclusion was that politics today was not an attractive career to attract the best talent, and that is why the United States now paid the consequences.

Nick is ahead of me several years, however I can already see that the situation in my environment is similar. Among my friends and acquaintances with whom I studied there are brilliant people who are already conquering their fields and have begun to make their mark with what they do, no matter if it is in science, arts, law, business or medicine. However, among all of them I can’t find anyone who seems to have the intention to face an election. Yes, of course, several have worked for the government as technocratic experts, and I even think that a friend was a mayor about twenty years ago. But what it is to be stuck in the bowels of politics, climbing on a platform with a megaphone, that if I have not seen anyone.

I don’t think it’s because of lack of interest. Since I was a primiparous student at the University when the 8000 process burst (let’s see millennials if they know what I am talking about!) I have had excellent discussions about politics with family and friends, and it has always been clear to me that the vast majority are well informed, They are interested in what is happening in the country, and they are not short of good ideas on how to improve things. In fact I can go further and affirm that many of my friends have, not only interest, but rather a genuine passion for public affairs.

Nor can it be the lack of an economic incentive. Congressmen in Colombia, for example, receive generous salaries of thirty million pesos a month, a sum that I am sure allows anyone to live comfortably. Furthermore, several of the candidates for these elections have published their tax returns and what we see is that their participation in politics has not affected their ability to amass excellent assets.

It can’t even be due to lack of opportunity. In Colombia there are more than twenty thousand positions of popular election (see the list at the end of the text), and although most of them may not be as glamorous as being the president of the republic, there is definitely room to at least try.

I suppose I can speculate for a long time why none of my acquaintances has decided to make the leap from the sofa to the public square, but I think it would be a rather empty exercise. I can better give the reasons why I have never been involved in politics, and why I possibly never have.

First, there is the matter of elections. In a previous post, I talked about how these generate the incentives for politicians to seek more and more votes. But the elections also act as a strong disincentive for people who, like me, recognize their total inability to generate enthusiasm and affection in the masses. I take it easy to discuss all kinds of issues in small groups, and I even think I would be able to convince a few dozen people about issues that I know well. But one thing is to have a taste for public speaking, and quite another to get enough followers to fill the Plaza de Bolívar and shout with excitement when they see me. Can anyone who knows me imagine something more comical than me campaigning, raising babies of strangers, taking selfies with fans, shouting in a vibrato voice, “Dear compatriots, my name is Ricardo Pachón and I want to be its president! ? No, definitely not all of us have the circus skills that a good campaign politician needs, and it is a shame that as a society we have decided that the entry filter for the world of politics is the natural inclination for the world of entertainment.

The second thing that has slowed me down is that false belief that there is a caste of people better than me to whom I must hand over power. Politicians – I said to myself – come from other disciplines, perhaps from the Political Sciences, or from Law. They are surely experts in urban planning issues, tax issues, international affairs. They know better the needs of the people. But of course, all this is absolutely false and something that we should be aware of every time we rant about the incompetence of one, or the perfect idiocy of the other. Why are they there and we are here? Well, it is not so much because of their credentials but because of their determination to achieve power and with which they have so skillfully managed to make us believe that there is something special about them.

A friend expressed his frustration with the selection of candidates we have for this election. I then asked him who was missing from the card to make him feel more excited. He hesitated a little, timidly mentioned the name of a politician who has always had a bar but never made it to the presidency, and told me that he was going to think about it a little more. He, like me and the rest of my friends, family and acquaintances, will not dare to say that the person missing from the card is himself.

Can we design a democratic system in which we do not marginalize the people who look with dread at the idea of ​​running a political campaign?

Offices of popular election in Colombia with the number of places