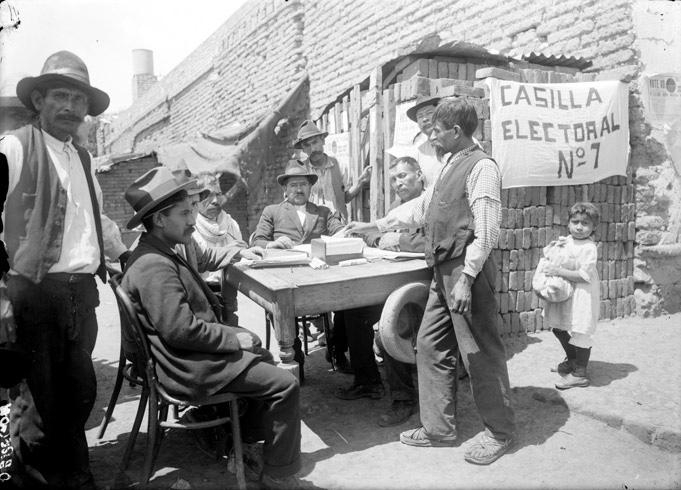 Mexico has no second round!

On the occasion of the elections in Mexico next July 1st, let me extend an invitation to all my Colombian friends: instead of reading El Tiempo, El Espectador or Semana (or any other of the media in Colombia) go to El Universal, Reforma or El Financiero (or any other of the media in Mexico) and read some columns selected at random. Like me, you may not be fluent in the fine details of Aztec politics, but I guarantee that you will be able to fully understand all the drama that is going on there. With colorful and messianic candidates, hysterical media, and social networks crowded with fake news, the elections there seem to be traced to ours, and one is obliged to reevaluate that premise that says that Colombians are a particular race in everything we do.

However, I have to point out a fundamental point of difference between the two elections (and I have to do it with exclamation points and in bold): Mexico has no second round! I hadn’t realized this until recently, and when I did, I reacted with the same disbelief as anyone who hears that somewhere in the world the telegraph is still the central hub of communications.

All the elections in our democracies have terrible deficiencies, but it is still possible to separate those that are bad from those that are evil. The elections in Mexico, elections for a country of 128 million people, implemented with a plurality system and decided in one round, definitely belong to the second group.

As I said in previous posts, there are many possible electoral systems and each one takes a picture of the preferences of the voters. Each photo is incomplete and perhaps to the surprise of many, its results may be contradictory to each other. Neither of these results is more correct than the other, and they only reflect the great complexity of trying to reduce the broad spectrum of people’s opinions to a binary decision.

In Colombia, with the second round, at least we managed to take a complementary photo of the political panorama, and although this is still deficient and full of its own vices, at least it forces politicians and voters to face dilemmas that they had not previously considered (or someone imagined that the blank vote would end up being the bad guy in this election?). The adage that “in the first round you vote for the one you want, and in the second round for the one who plays” is a simple and crude strategy, but one that at least shows a tiny evolutionary step in the way we choose our rulers (say, how to go from being an anaerobic microbe to being an aerobic microbe).

In Mexico they don’t even have that. Our friends to the north are victims of a system that does not even give them the possibility of seeing political reality with a second pair of eyes. They are caught in a cruel game in which the winner is proclaimed who manages to outdo the other even by a tiny difference, which leads to a tension-laden environment until the last moment and – what is worse – a result of weak and questioned legitimacy .

I was investigating on the Internet if I was the first to regret this problem but obviously I am not: Mexico has been stumbling on this issue for years, but for a tangle of reasons it has not managed to jump into a “less worse” system. I will write about these issues in my next post.

In Colombia it is most natural for us to have two laps, as if we have been doing it all our lives and not only since the constitution of ’91, but this is something that we should be grateful for, even with that mediocre attitude of those who realizes that everything could have been worse. Because if you raise your head and look at what is in other countries, you will find even more macabre examples than the Mexican, such as the grotesque of the electoral college of the United States, or the British system of single-member majority by electoral constituency.

But if you keep looking you will find that there are other countries where they have put their heads to the issue of elections and have implemented alternative systems that, although they are still insufficient to organize modern democracies, at least denote the desire to have something better.

Can we use the experiences of other countries to improve the systems with which we choose our rulers?