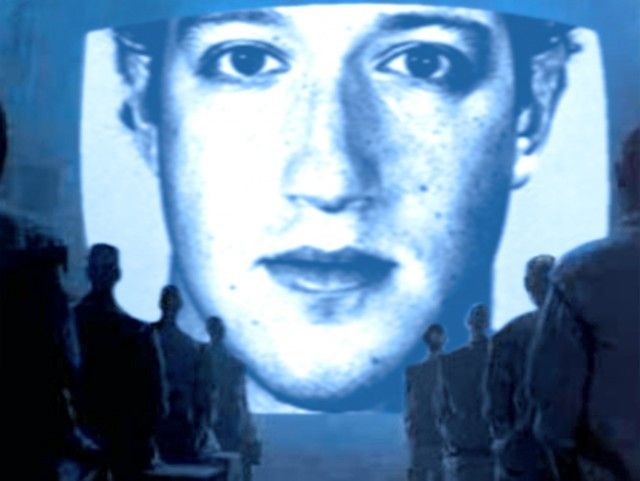 The news that has had more coverage this year in the world of technology has come on Facebook and its relationship with the mysterious Cambridge Analytica firm. The case has been reported to the British media to exhaustion but it is worth summarizing it again: Cambridge Analytica, an electoral consultancy, managed to access the information on the Facebook profile of more than 50 million people in order to manipulate the 2016 United States presidential elections. The precise information they had from such a wide universe allowed them to develop campaigns tailored to each person with the aim of influencing their vote. Needless to say, no one had consented to their use of private information in this manner, least of all in order to influence who to vote for.

However, who knows the Facebook business model will not be surprised that the platform can be used in this way, after all, the advertising that it teaches us every second is automatically generated from our “likes” and our “posts”. That something like this can be used to influence voting is simply a corollary. The problem here was that Cambridge Analytica theoretically accessed private information in a non-sanction way, and when Facebook caught on to the deception in 2015, it did nothing forceful to curb and repair the gap others had opened at its base. of data.

The matter has escalated to the point that last week Facebook CEO Mark Zuckerberg had to appear before the American Congress, which has left a long trail of funny internet memes and the feeling that social media has been used. again against democratic processes. And I say “again” because we have been with that other scandal for more than a year and a half around the Russian interference to destabilize the same elections and in which Facebook was used to bombard very specific groups of the American population with false news.

So it seems that we are waking up to a new reality, in which a corporate giant has the capacity, directly or indirectly, to influence the outcome of the elections. The scope seems endless, with reports that the same modus-operandi has been used in the UK around the Brexit issue, in Kenya to manipulate the 2017 elections, and by Mexico’s PRI to influence this year’s elections.

The challenge that Facebook represents to the elections is novel due to the global reach it has and the sophistication to manufacture and distribute laser messages tailored with precision that influence the opinion of the electorate. It seems that the question of how to control this extraordinary power is not going to have a simple solution, but there are already voices that have pointed to the even more complex and serious problem of how to regulate all the tangle that social networks form, so that they do not continue. bullying the electoral processes. The problem is huge when you acknowledge that the tech companies behind all these platforms are not just garage start-ups run by idealistic guys in hoodies but rather corporations valued at billions of dollars and more interested in to maintain the tendency of the price of the action that the one to help the neighbor. The days of the Silicon Valley “do no evil” are long gone.

However, I think it would be naive to say that this represents a complete break with the way we have done so far. All the means that we use to distribute information have always served to amplify content that is often far from being balanced and that at the end of the day have ended up moving the election results year after year. Now, it is not a matter of becoming paranoid about this matter, or of looking for conspiracy theories in every corner. It is fair to admit that disseminating information – whether produced by professionals or simply enthusiasts – has a net positive effect on society. But it would be dangerous to ignore that behind all the machinery we use to connect, there are private interests that benefit from having such an efficient way of influencing the results of the elections.

It was not Facebook, nor the WhatsApp networks, nor the incendiary messages of Twitter that have come to disturb the elections, but the elections themselves that have always been fragile in the face of the attacks of the great communicators. By the American presidential elections of 1828, the two candidates in dispute, Andrew Jackson and John Quincy Adams, had realized that the fight was not only in the square but also in the newspapers and the gazettes. Supported by networks of informants, both dedicated themselves to unearthing all kinds of rumors and controversial stories that were later published on the front pages of the newspapers. From Jackson: what a terribly cruel general had been in the battle of New Orleans, that his wife lived in bigamy with him, who knew no spelling. And of Adams: that he was an aristocrat, that he did not care about the people, that he had given an American girl as a gift to the Tsar of Russia when he had been ambassador there.

After the entry I wrote last week in which I said that I do not plan to vote in the next elections, several friends have asked me what then is the alternative that I propose. And although I have already been working here in London for a couple of months with a group of people who seek to change the way rulers are chosen, and that I have a preference for how it could be done, I want to discuss first what are the deficiencies of the system we use today. in day. Being clear about what is going wrong now, perhaps we can more accurately suggest improvements in the design of that social technology.

Can we design a democratic system to choose our rulers that is not susceptible to being manipulated by large communication platforms?