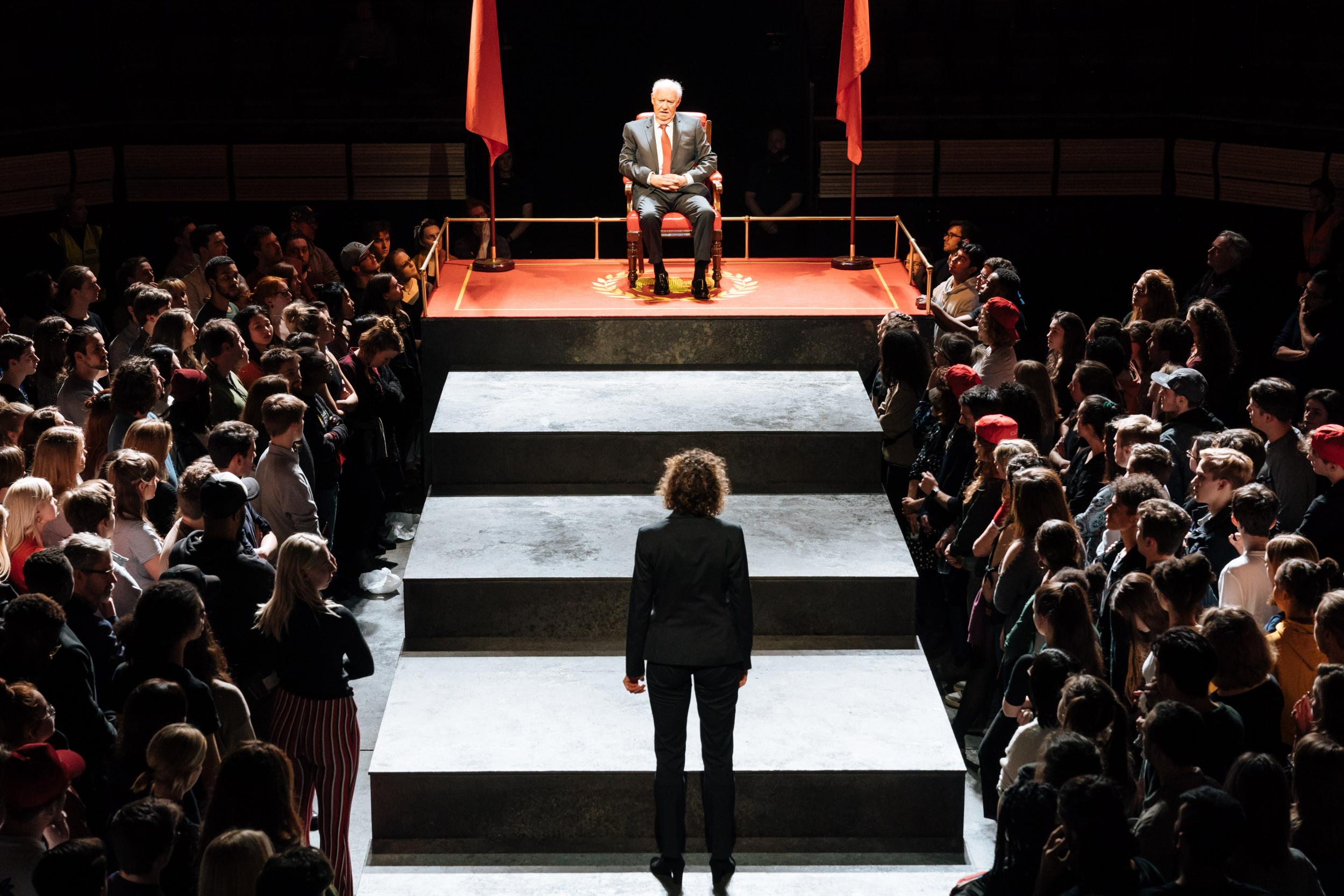 The murder of Julius Caesar two thousand years ago is so firmly embedded in the history of the West that it is difficult to conceive a different ending for the Roman caudillo. Her violent death on March 15 may now seem to us as an inevitable tragedy, however the events that surrounded her were far from foreseeable: Caesar was popular with the people and adored by the troops, the civil war had finally ended, and in three days he was leaving for Parthia on a new military expedition.

It is a credit to the new production of Julius Caesar by William Shakespeare at the Bridge Theater in London, that this story so perfectly known still manages to surprise a group of modern viewers. In this version, Cesar is wearing a suit and tie, and is surrounded by advisers and bodyguards. When we see him enter the stage for the first time, he wears a red cap with a slogan that could well say “Make Rome Great Again” and he goes along with a scruffy Marco Antonio who reminds us a bit of Steve Bannon. We also see Casio Longino, this time represented as a cunning senator in tailor and heels who understands that the power that Cesar has achieved can no longer be stopped without violence.

The first half of the play reminded me of one of those spy movies by John le Carré, in which the action unfolds amid the fog and paranoia. The dialogues take place on a dark street in the rain, in the messy apartment of one of the conspirators, in a gray government office. At the center of the plot is Brutus, a fragile-looking aristocratic intellectual surrounded by books, distressed to see Caesar become a tyrant and eaten away by the doubt of what to do.

In the last year Julio César has been taken to the theater several times in large productions in England and in the United States, and I would not be surprised if in the near future we continue to see it prominently announced on the billboard of other countries. The questions Shakespeare raises in this play seem more relevant than ever and resonate in a world where there is a widespread feeling that something is wrong in our republics.

In most Western countries, we are far from having a leader who has managed to knead the amount of power that Caesar had, although I am sure that there will be at least some who do match him in his ambition. Our systems of checks and balances, although bruised and always the target of attacks, remain as levees containing the overflow that our modern populists can bring. But in the environment if you feel that there is an uncertainty as to how much they can resist, and the feeling that around the corner everything can change dramatically.

In the introduction to his excellent book “The Storm before the Storm,” Mike Duncan tries to answer a frequently asked question by classical historians: If one could draw a parallel between Rome and the United States, where in history old would correspond to the time in which we currently live? Duncan’s answer is that we would not be at the fall of the empire, not even at the birth of the Empire during the times of Caesar and Cleopatra. Surely we would be a couple of generations before, after the destruction of Carthage and during the time of the Graco brothers in the middle of the 2nd century BC, when political tensions stopped being on the periphery and moved to the center of the Republic to be exploited by a group of smart leaders, who found the key to take control of the state. What Churchill might have identified as “the end of the beginning”.

I am optimistic about the future of our republics but also cautious, and I know that in the coming decades we will put them under greater pressure. But when the time comes to face tyrants again, what path will we have to take? Brutus and Cassius’ anguished reflections offer us no comfort, perhaps just a little company.