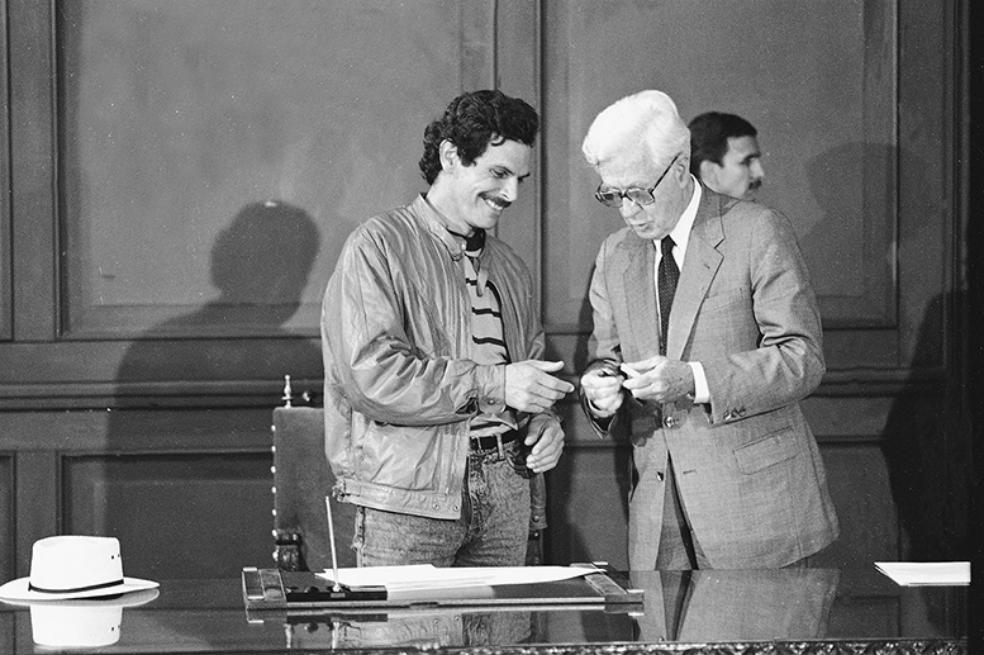 The Commission of Studies on Violence – A Popular Theory (But Wrong)

In the campaign for the 2018 presidential elections, Gustavo Petro was punctual in his diagnosis of violence in Colombia. For example, he said: “I think that violence is the product of social inequality and that therefore social equity is the basis of peace.” He also stated: “The violence has been generated from the Power and with one objective: to concentrate wealth in a few families inheriting feudalism and slavery.”

Already mounted on the platform, giving the speech to his followers, he could round off his thinking a little more: “They wanted to convince us that what we call violence and what they call insecurity, is the product of bad people… So their proposals consist of remove that bad… Security is guaranteed by taking young people prisoner… [but] the enemies of society are not young people, but the corrupt ones that generate social inequality and therefore multiple forms of violence. ”

Regardless of whether one agrees or disagrees with Mr. Petro’s arguments (I do not agree, as I will explain in my next entry), one does have to recognize him as a success that has proposed a conceptual framework on violence, starting from from which it could propose policies that are oriented to combat it. It goes without saying that if our leaders are not clear about what is behind a phenomenon as complex as that of violence, there will be no possibility of fighting it effectively.

I imagine that President Iván Duque must also have a theory of what causes violence, however I have not been able to locate it clearly either in his speeches or in his proposals from when he was a presidential candidate, not even in his tweets. It seems that his ideas of what generates violence are in line with those of his predecessor, and the predecessor of his predecessor, who conceived of violence within the conflict with the FARC and the drug business. Maybe, maybe not; it’s hard to know.

In the wrong direction

In any case, no one should be scandalized by Mr Petro’s words. In Colombia, the prescription that the root of the violence lies in socioeconomic phenomena that must be resolved as a prerequisite for there to be peace has made a career for decades, and many politicians have subscribed to this thesis. For example, Luis Carlos Galán stated: “We have social and economic violence originating from old processes in the country, in inequalities and social contradictions.”

There is something intuitively and morally correct in pointing to poverty or inequality as the main drivers of violence, and Mr Petro’s assessment that there are “multiple forms of violence” does not sound far-fetched. The truth is that all these ideas had their origin in an academic document, commissioned by the Colombian government over thirty years ago, whose legacy has been kept alive all this time by a group of politicians and intellectuals, despite the long list of deficiencies that have been pointed out since its publication.

In 1987, when the war against the cartels was reaching its cruellest point, the president at the time, Virgilio Barco, called a group of experts to make an in-depth diagnosis of what was happening in the country. With the name of Commission of Studies on Violence (CEV), this group published a report in which it pointed out that what there was in Colombia was a spectrum of violence, each with independent causes and that affected different segments of the population. Thus, there was drug and guerrilla violence, but also domestic violence, violence over the territories and the uneven development of the regions, violence against ethnic minorities, violence of “social cleansing”, economic violence by the wealthy, violence social intolerance, and violence by the media.

For the CEV, any social phenomenon that was not in balance (that is, practically every social phenomenon) could be reinterpreted as a type of violence. Proposing a theory so broad that it covered all the nuances of our society was certainly ambitious, but in its effort to be exhaustive, the commission ended up saying nothing. With so much violence, of such different magnitudes, it is impossible to find a common language that can be used to reconcile and measure what is happening. As the economist Fernando Gaitán Daza brilliantly illustrated, in his criticism of the CEV methodology:

How to add discrimination for belonging to an ethnic group, the beatings of a child, the violence of the crazy bird, the elimination of the members of the Patriotic Union, the car-bomb to the DAS, the torture that an army captain inflicts on a dissident , the sufferings due to urban transport, the destruction caused by a guerrilla takeover, income inequality or the lack of public services in poor neighborhoods?

The answer is that there is no way, and whoever decides to study violence with this vision can only formulate a framework as abstract as possible, so that such a variety of phenomena can fit into it. A favorite explanation, for example, was that the origin of our problems was in our cultural and historical legacy, going back to the civil wars of the 19th century, an explanation that is clearly absurd. But with such vague definitions, the intellectuals who followed the CEV line of thought soon discovered that they could propose all kinds of explanations based on the country’s social, political and economic elements without entering into any kind of contradiction. And so, the list of where we should look for the origin of the violence grew longer and longer, including (quoting Gaitán again) “the exclusionary nature of the National Front, political centralization, low citizen participation, the weakness of society civil, the illegitimacy of the State, poverty, wealth, inequality, colonization, social investment, the imbalance between regions, intra-family abuse, land distribution, public space, intolerance, the urban landscape, corruption, lack of public space, loss of values, education, the single mother, the youth gangs, abstention, toy weapons and I don’t know what else. ”

Since the problem is so poorly defined, any of these explanations can be satisfactory because what is understood by violence can always be rearranged a little more and the theory can never be falsified. If for example I say that low social investment is the cause of violence, all I have to do is argue that the unmet needs of a community is an expression of government violence against the population, and my argument falls flat. . I suppose there will be some virtue in doing things this way (different from being able to always get away with it), however I am not able to see it. This anti-scientific character I do not think is adequate to understand and propose solutions to a problem that, as I said earlier, due to its dimensions already belongs more to the world of statistics than to the world of lyric.

Although it will be clear that I am critical of the CEV report, it would be terribly unfair if I did not mention the many positive things it has. Reading it, one gets a very complete picture of the country in those terrible years of the 80s, which transcends the common stories and the recurring characters that we all know from that decade. Colombia was a time bomb, but the authors of the CEV did conscientious and meticulous work to make sense of the messy mechanisms that lay as structures of our society, and which were about to burst. The generous and progressive sense of the CEV surprises at a time when the country was still closed and looking back, but it already announced the reforms that were being forged and that would materialize with the 1991 Constitution.

The CEV report, rather than an academic research article, reads like a political manifesto, and perhaps that’s why that kind of language and vision continues to permeate those who are in the business of persuading the masses and getting votes, like Mr. Petro. And for further testimony to its longevity, we find that in the midst of the 2019 campaign for the mayor of Bogotá, politicians like Hollman Morris, without knowing it or not, keep the CEV’s vision unchanged when they propose their policies on security for the city.

Since the 90s a group of academics decided to separate from the CEV philosophy and postulated that the correct way to see the problem of violence was to focus exclusively on those acts that cause physical harm to people. The emphasis in these investigations was on actions that could be empirically quantified and analyzed, based on evidence that was significant. A consequence of this approach is that it rejects the multicausal approach proposed by the CEV, in which the researchers throw all kinds of hypotheses to the wall to see which one is stuck, and replaces it with the ideal of offering a hierarchy of importance on the causation variables.

With this conceptual framework, if measurable progress can be made in the fight against violence, and we can really ask ourselves what causes it: Is it really poverty? Or the inequality? Or the weakness of justice?

This is the seventh entry in my series on Violence in Colombia: