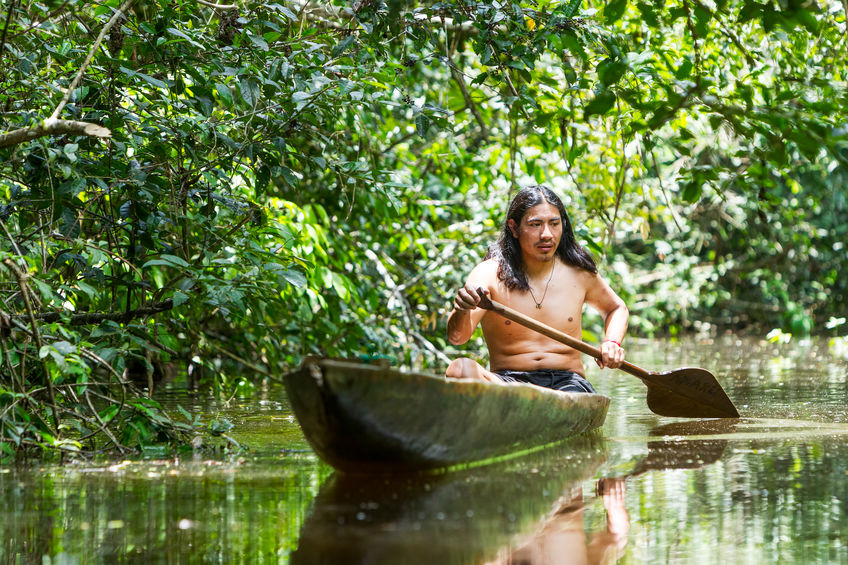 A man splits the roots of a cattail – a tall plant that grows near marshlands – and mashes them until he creates a soft, moist mass of unappealing green and brown colour. He tells you to apply the poultice on a wound that you just got in your leg.

Would you do it?

Surely your answer depends on the circumstances.

If you happen to be in the city, not far away from a pharmacy, it is most likely that you refuse, and prefer to get some antiseptic jelly, some bandages, and a pill or two of acetaminophen.

But if you are in the forest, far away from the comforts of civilization, and the man offering you the remedy happens to be a survival instructor, you will definitely hurry to put as much of the paste on your injury. Or at least that was my choice when I fell while hiking during a bushcraft course, opening a mild but painful cut in my leg.

Knowledge from our ancestors

All over the world, humans have been using the wonderful cattail, for food and medicine, for thousands of years. Our knowledge about its properties predates by far the scientific revolution, and entire civilizations happily used it without knowing the first thing about randomized trials, peer-reviewed publications, or the scientific method. Whether scientists have made studies about the chemical composition of the Typha latifolia (its scientific classification name) is entirely irrelevant for the crowds that have found an undeniable benefit from its usage. Myself included.

Our understanding of cattails does not come from scientific reasoning, but from traditional knowledge, that is, the knowledge that was gathered by indigenous and local communities, throughout thousands of years. Within traditional knowledge, you will find a great deal of information about medicinal plants, agriculture, midwifery, construction of shelters, navigation and many other practices that were indispensable until not long ago.

The emphasis of traditional knowledge is on survival and subsistence. Although it is not built upon abstract theories, I find it to be firmly placed on the side of positivism, the type of thinking derived from gaining empirical evidence and experiencing with our senses. The healing capabilities of cattail were not validated in a lab, but by thousands (perhaps millions?) of people that used it before I did.

Traditional knowledge was the foundation on which humankind erected its dominance on the planet. I do not think that I exaggerate when I say that it was solely due to this knowledge that we managed to survive the many dangers that posed an existential risk to our race over more than one hundred thousand years. Sure: religions, and dances, and forms of social organization were crucial in shaping the trajectory of civilizations. However, at the end of the day, it was the rich knowledge about animals, and plants, and the local geography, the ones that kept everybody alive for so long.

It is very easy to forget, and even to dismiss traditional knowledge. Most of us (certainly anyone reading these words) live in a world that has wiped out any need for such type of ancestral practices. If you want to acquire them, you will need to put a lot of effort into finding someone who could instruct you on them.

Traditional knowledge is mostly unstructured, and it is transferred locally, among the members of a community. It is communicated slowly, as you need a guide that can take the time and patience to point out to the many intrinsic features that make it so unique. When you are collecting cattail in the wilderness, for example, it is very easy to make the mistake of picking its look-alike, the poison iris. You need someone right next to you, warning you about it, and teaching you how to tell one from the other. This is the sort of thing that just doesn’t make sense if you just read them from a book.

A completely different framework holds for the knowledge produced from scientific discovery, which tends to be global in time and space. It favours the creation of theories that explain observed phenomena and help to make predictions. It is expected that the knowledge gathered by the scientific method is challenged and questioned. It is therefore essential that it is communicated in a common language (the scientific language) and that it adheres to a specific set of practices and standards. It is a long process, but one that confers to a finding a type of reputation like no other: it is reborn as scientific knowledge.

Scientific knowledge and traditional knowledge have in common their empirical nature; however, other than that, they rarely intersect. Their scopes and methods are widely different, and what is useful for one is seldom of much value for the other. The laws of thermodynamics and combustion are utterly useless when all you want is to start a fire with some pieces of wood. Along the same line, I would not wait to find the solution to the current coronavirus epidemic with some herbal teas.

Some traditional knowledge has inspired scientific research, a kind of work that has formalized what indigenous people have known for a long time, and that others have sought to transfer to other communities. This type of research can be positive and beneficial, albeit one that is niche and restricted to the subsistence practices that traditional knowledge favour. It should not be a surprise, however, that one of the most contentious topics about transforming traditional knowledge into scientific knowledge is about who owns the intellectual property. Just because you claim to have the noble purpose of making the indigenous practices more widely available, it does not mean that you are not exploiting the native communities by doing so.

Just a few weeks ago, in Colombia, traditional knowledge and scientific knowledge collided with each other as a consequence of a strange scandal. The person at the centre of the quarrel is the newly appointed Minister of Science, Dr Mabel Torres.

Dr Torres is a biologist specialized in the study of fungi, a topic on which she has published some 20 articles, most of them about a mushroom known as Ganoderma, which is traditionally used in Chinese medicine. Around the time of her appointment as a Minister, she gave a series of interviews in which she claimed that through her work, she had discovered that Ganoderma has some powerful properties to cure cancer. The storm was triggered when she described how she obtained extracts from the mushroom to produce a tea that later she gave to dozens of people with cancer. In doing so, she disregarded all the procedures that are always required when trialling a new medicine. On this topic, the journal Nature writes in its news section of this week: “The treatment was not given under the auspices of a clinical trial, nor was Torres’ methodology approved by a medical ethics committee. She has never submitted the results for publication in a peer-reviewed journal”.

The Minister and her supporters are adamant about her actions. They gave lengthy and vaporous explanations on why what she did was ok, even worthy of praise. However, they all are futile, as they are only trying to cover her blatant misconduct: You do not, under any circumstances, leverage your reputation as a scientist to run trials on humans affected with cancer, to see if your magic potion works. You do not use your doctorate credentials to hint to someone who is afflicted by that terrible illness that you have a possible cure – let alone to repeat the scam over and over again with other patients.

Dr Torres thinks of herself as some maverick, who does not play by the rules but is here to save the world. “I decided not to publish as an act of rebellion”, she said unashamedly in an interview, flaunting her delusions of grandeur, a signature of self-appointed saviours and quacks.

Amid all this controversy, Dr Torres has argued that her actions were just a way of exploring a way of making traditional knowledge a source for scientific discovery. In her view, and in that of her supporters, the lengthy verification process in science is just bureaucracy. In their view, indigenous knowledge shows an alternative road to understanding nature, perhaps more fluid, less patriarchal, more in tune with the needs and realities of small communities. They point out to particular pieces of traditional knowledge that were analyzed through the lens of science, later to develop new products. They offer the example of some creams to prevent and treat insect bites that became commercially available, and which are manufactured from plants long used by indigenes in Colombia.

And so, in this way, Dr Torres and her supporters have managed to paint a conflict where there is none. Traditional knowledge and scientific knowledge are just two of the many ways that humans have to make sense of the world. They are not mutually exclusive, as they cover very different types of needs. The difference between mosquito bites and brain cancer should be evident to anyone. Nobody will contest that a homemade ointment has the potential to help the former, or that the full scientific artillery will be needed to cure the later.

The false debate that Dr Torres has started is just another example of that ongoing effort by some sectors in academia of undermining scientific reasoning, a topic on which I wrote last year. The trick that they pull is to highlight the problems that afflict science as a collective enterprise, and which consist of the same biases and abuses of any other form of human endeavour: Misogyny, racism, corruption, negligence, and fraud. But science is not the same as scientific knowledge or the same as the scientific method.

Science relies on leaders that can show the road ahead, and that have the skill of allocating wisely the valuable resources of time and money needed in this enterprise. With the correct vision, generous amounts of scientific knowledge are harvested, hopefully benefiting humankind, as we have seen over and over again. But with the wrong view, the yield can be poor, discovery will stagnate, and benefits will be marginal.

In Colombia, the appointed leader for moving science forward is someone who can’t even tell the difference between traditional knowledge and scientific knowledge.