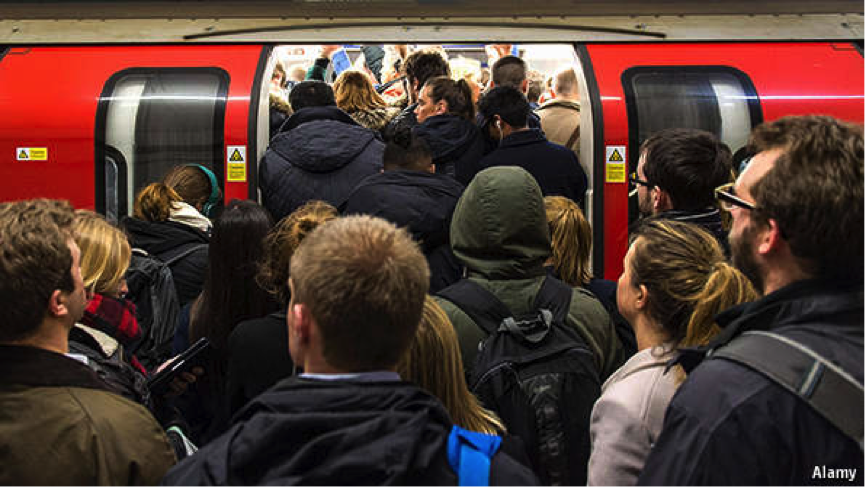 Elections that do not work

Mobile phones stop working when the weather is scorching hot: above 50 degrees Celsius the internal structure of the battery collapses. Domestic washing machines are damaged if you put in too much laundry: more than 12 kilos easily ruin the engine. A subway train in London can transport a maximum number of people at a given time: you just can’t physically fit more than a thousand passengers.

Is it not valid then to ask what the maximum size of a population for which elections work well is?

You may want to read my first post about elections: Against Elections

Like any other piece of human technology, elections have a range in which they operate correctly, but outside which they fall apart. In small groups, of a few dozen people, they are ideal for decision making. However, when the universe of voters reaches a hundred, elections start operating near their limit, and surely all their usefulness is extinguished long before the population reaches a thousand.

Elections “work” to the extent that they can grant the voters two specific rights: voice and vote. The pressure we exert on modern elections, with voting populations in the millions, crushes these two rights and turns them into empty exercises.

The right to a voice means that each person has the possibility, not only to express themselves freely but also to be heard by everyone. This is such a fundamental right that it even precedes the right to vote, as the least you can offer to the members of a group making a decision is a chance to express their views, in the hope that others take it into account. Of course, it would be ideal if everyone had both rights simultaneously, but it would not be preposterous if everyone in a group had the right to a voice but only a few the power of the vote.

As the size of the group grows it is harder to listen to others, and the individual voice fades, a problem that is purely technical: with each new joining member, the communication complexity among the participants grows exponentially. With some discipline and patience, you can get a couple of hundred people to give their point of view to everyone (as it happens in parliaments). Still, it would be absurd to think that this is sustainable for the dimensions of our modern democracies.

Elections pull the stunt of turning upside down that non-ideal scenario of a voice without a vote, into an absurd one: everyone has a vote, but almost nobody has a voice. What follows is the usual cacophony in which we immerse ourselves with our closest acquaintances but beyond which there is only silence.

So, we are left only with the vote. But here, again, the enormous size of the electorate does not play in our favour. With populations of millions of people, the power of the vote is diluted until it becomes invisible, useless, insignificant. It is a tragedy that, while elections are fragile to the whims of the big political and corporate beasts, they are utterly unperturbed to the will of the individual.

We are outraged that all over the world, electoral participation is collapsing and we blame the millennials because they are indifferent. But how can I get excited about a system based exclusively on putting a useless little mark on a ballot every few years? How not to relegate to the last priority an exercise in which I have no voice, and all I have is the caricature of a vote?

For more than two hundred years, we have assumed that there are no limits to the size of the populations for which elections work. It seems that nobody minds that we use them carelessly in populations exceeding several orders of magnitude their optimal operational range. But wishing that elections work in a proper way when they are held for millions of people is as absurd as thinking that I can put a couple of tons of dirty clothes in my washing machine, expecting them to come out fresh and clean.

Can we design a democratic system to make decisions that genuinely works for a population with millions of people?