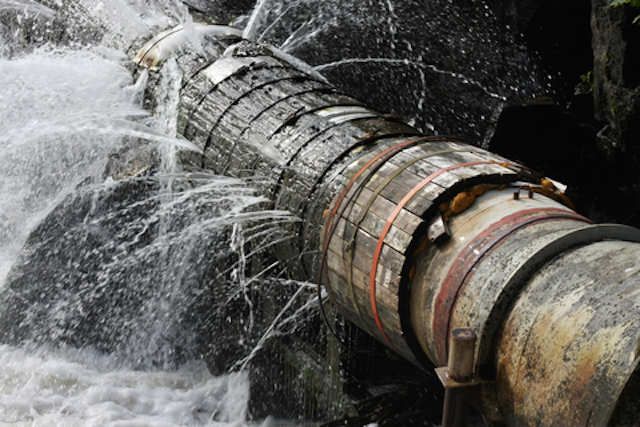 Until the last of his days, Alberto Carrasquilla will be told that it was he who stole the money he was going for the aqueduct works in the poorest areas of Colombia. And the details will remember them in a couple of lines: that as Minister of Finance, he promoted a law with which, already retired from the government, he was able to indebt more than one hundred municipalities at very high interest rates that ended up suffocating the public finances of these , while he put seventy billion pesos into his pocket.

This is at least the cartoon that Daniel Coronell painted in his column last Sunday in Semana, and that from his first sentence he predicted scandal: “A Panamanian company of which the Minister of Finance Alberto Carrasquilla is a partner was the cornerstone of a business that enriched him and impoverished 117 municipalities in Colombia. ” The column traces a fantastic arc in which Carrasquilla acts as a villain, and in which a constitutional reform converges, a mysterious company involved in the Panama Papers scandal, highly toxic financial instruments, and infrastructure works that never were inaugurated. Coronell is a serious and responsible journalist, and well, if he says that Carrasquilla stole a silver, it will be that he stole it.

The problem is that Coronell does not say that the minister stole the silver. Yes, the text is written in such a way that anyone reaches that conclusion, however when he himself reads us his column in a video, we learn that his intention is different: “This column is a more ethical question, more from the point from the standpoint of public ethics, rather than legality. ” This is a point where he comes back to the video over and over again, particularly at the end when he happens to answer questions from his followers on the net.

If Coronell had wanted to be more exact (if not more honest) and less sensational, he could have stuck to the facts:

1) At the end of 2007, nine months after Carrasquilla left the portfolio, Congress approved Law 1176 to modify the General Participation System (SGP) that allowed territorial entities to commit the resources they will receive in the future. on the part of the Nation to support loans and thus execute infrastructure works that could not be financed with the budget of a single year.

2) By mid-2009, the first issue of the Water Bonds was launched, which raised resources from investors (mainly pension funds) and these were destined for the municipalities, which honored the debt with what the nation turned through the SGP. The bond issue was in charge of the Financial Infrastructure Group, the Trust Alliance acted as spokesperson, Associated Brokers structured and was a placement agent, the legal advice came from Gómez-Pinzón Zuleta, the bond rating was made by BRC Investor Services, and Konfigura – the mysterious company of Carrasquilla in Panama – advised.

The law that Carrasquilla promoted was not 1176 but legislative act 04 of 2007, which increased in real terms the resources of the SGP and emphasized its social character, but to facilitate the ethical questioning that Coronell is concerned, suppose that the two laws fall more or less in the same bag. The question then is: Is it reprehensible that a former government official offers consultancies to private companies on issues he worked on while he was a public employee? This is an important question but one that is far from the media circus that was set up from Coronell’s column.

Structuring and issuing a bond is easier than, say, designing and building a hydroelectric plant. Still, it is a process that requires a small army of lawyers, economists, bankers, brokers, and accountants. From those who design the technical operation of the bond, through those who prepare the marketing material, to the regulators in the Super-Financial, there are many people across various firms and organizations who have to work for its issuance.

But Coronell’s narration makes us think that perhaps everything is a bit simpler, perhaps more fragile, and without offering explanations, we are told that his company is the “cornerstone” of the business. Why? Perhaps without Carrasquilla’s advice, the bonds would not have been issued? Why is the column not mentioning the most relevant actors in history, such as the issuer of the bond, or the underwriter?

The municipalities became so indebted using the aforementioned bonds that the national government had to intervene in 2014, repurchasing them at a discount from the holders and becoming a counterpart to the debt. On this point Coronell simply echoes what Robledo has said from the Senate: that the cause of the crisis was due to the very structure of the debt instrument (read the interest rate, and the impossibility of making prepayments), and by transitional law, the crisis was due to Carrasquilla. But why did some municipalities manage to finish the works and others did not? Where were the auditors of the projects? Why did the market end up demanding such high rates? And how did Robledo end up calculating that Carrasquilla stole seventy billion dollars? None of this is discussed, and thus, a complex economic phenomenon in which multiple agents participated and whose interests pointed in all directions, is reduced to a history of vague connections and a whiff of political vendetta.

The reality is usually more complicated than a couple of straight lines connecting three points and therefore it is difficult to summarize it in a couple of sentences. The Water Bond thing is a much more complex story than Coronell wants us to believe, but possibly it does not have a villain that we can identify so easily. It will be easier to remember that Carrasquilla stole the money. And repeat it over and over, until the last of our days.