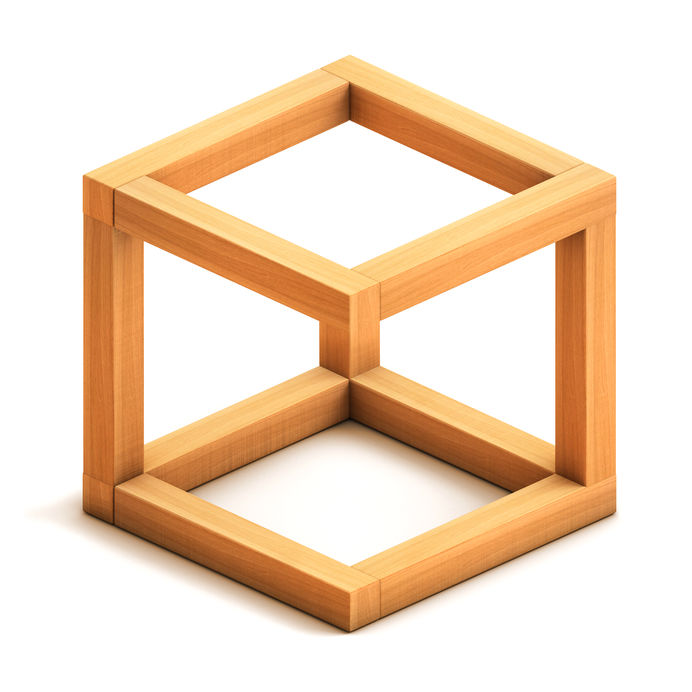 Beware when saying that something is possible!

Be careful the next time you use the words “possible” or “impossible” to defend your point of view vigorously; perhaps without knowing it, you are getting into a trap that will cloud your perception of reality.

Of course, we ​​should not be terribly rigorous with our language in everyday life. Nobody should feel outraged if I say, “it was impossible for me to answer your message”, let’s not kid ourselves, the truth is that it was perfectly possible, I said it only to excuse my aloofness when lost in my own thoughts, please forgive me, I’m working on it.

However, everything changes when we are having a more profound discussion, perhaps a controversial one, and the silly word creeps in. Suddenly, all arguments fall apart, we stop talking about the world as it is, and we step into a mad universe. When we invoke that which is possible or impossible, we stop reasoning, and everything turns redundant, nothing makes sense.

This entry continues the previous one: I know it is round, but it is possible that the Earth is flat.

Take, for example, the third episode of the second season of Friends. With her usual self-confidence, Phoebe declares to the group that she does not believe in the theory of evolution: “Monkeys, Darwin. Yes, sure, it is a nice story. It just seems too easy.” Listening to this, Ross, a palaeontologist by profession, almost suffers an aneurysm, and through the rest of the episode, we see him trying to explain in a somewhat clumsy way what are the foundations we have to justify the evolutionary process of species. But nothing works, Phoebe does not back off, perhaps it was extraterrestrial gods that put us here, she suggests. And then, at the climax of the confrontation, she knocks him off:

“Are you telling me that you are so incredibly arrogant that you cannot admit that there is even a teeny tiny possibility that you are wrong about this?”

Ross is stunned, he starts babbling something, you can read the panic in this face as he slowly realizes that his tower of knowledge is vulnerable. Defeated, he admits with shame that yes, there is a teeny tiny possibility that the theory of evolution is wrong, Phoebe explodes with joy to see that she has defeated her friend.

But let’s make a pause. Why should Ross admit that the theory of evolution may be wrong? Simply because to refute it, he would have to show that any explanation other than the one offered by mainstream biology – including that we have been put here by extraterrestrial gods – is impossible. But declaring the impossibility of something is very difficult because it requires having complete knowledge of the phenomenon, something that no theory or model intends to achieve.

The disciplines that study the nature, or the behaviour of individuals and societies, propose theories that are consistent with a finite number of experimental observations and then are used to explain and predict a broader set of phenomena. But scientific theories are no washing machines, and they do not come with a certificate of guarantee, a new observation may not be in line with the current theory, pushing everybody to look for ways to enrich it or completely change it, so they become consistent.

With this in mind, let’s take another example, this time from your physics textbook: Nothing can move faster than the speed of light. This sentence, equivalent to saying “it is impossible to move faster than the speed of light”, is an abuse of language. With a less scientific but more legal spirit, you should say, “special relativity states that a particle with nonzero mass requires an infinite amount of energy to be able to move at the speed of light”, and even here I am not perfectly rigorous. Thinking again, we could rather stay quiet and just write the equations that Einstein proposed in 1905, avoiding the temptation to verbalize what the hell happens in the universe when the letter v is replaced by the letter c, causing some terms in blackboard to blow up to infinity. Just let the equations speak for themselves.

The question then arises: Can these equations be wrong? We really don’t know. So far, they have worked wonderfully well, but there is nothing inside them to make us think they are infallible. Of course, there will be a cataclysm in science if we were to make an observation that does not fit the theory of relativity. But it would not be unimaginable, after all, Newtonian mechanics suffered precisely that fate after two hundred years without coming across something that they could not explain.

We cannot rule out that in the future, a new theory will emerge from empirical observations and expand Einstein’s relativity, forcing us to readdress the limit imposed by the speed of light, even in a more fundamental way than the contextualizations due to superluminal effects that are already known today. Not only should we not rule out that scenario: we should be confident that it will happen.

Was it Popper who said that science is a game in which we ask nature questions, and she answers most of the time “no”, sometimes “maybe”, but never “yes”?

Perhaps because of the effectiveness that the sciences have shown, it would seem that they produce complete knowledge, but this is nothing more than an illusion, a misunderstanding that is not typically corrected. The incompleteness of our understanding of the universe implies that it is fallible, and therefore that it is possible that it is wrong.

Some people find the seemingly arrogant attitude of the scientific community and the incompleteness of their method frustrating. And so, they liken this incomplete knowledge with total ignorance, and they think the theory of evolution is equally valid with the idea that some aliens put us all here. And that’s how they lay their trap for us.

Because, to say “something is possible” is to say nothing, it does not communicate any information, it does not advance our understanding of reality. “Something is possible” is a tautology because in the physical universe in which we exist, anything is possible, and nothing is impossible. That is why I keep repeating, if you ever hear any of these two words, wake up, you are about to be the victim of a sneaky attack, do not get ambushed. This warning is so fundamental that it should be taught to children in schools.

Let’s go out to the open and meet the unbelievers of science and those who have been stunned by conspiracy theories, and defiantly say:

“Sure, it is possible the Earth is flat! Of course, it is possible global warming is not happening! Yeah, it possible that man has never set foot on the Moon! So what? Those aren’t pieces of knowledge, they are just sentences in the subjunctive form that happen to be grammatically correct, I could well have brought to this conversation others with the same epistemological weight. Look, my voice does not tremble when I say “X is X” either.

And so, here ends my rant against the fallacy of framing an argument as to whether something is possible or not. I have left the critical issue of impossibility in mathematics for another post, but there will be time for that. For now, in the next entry, I will talk about an episode of the 20th century in which certain intellectuals began to wonder if socialism was possible or not.

Can you see where this is all going?