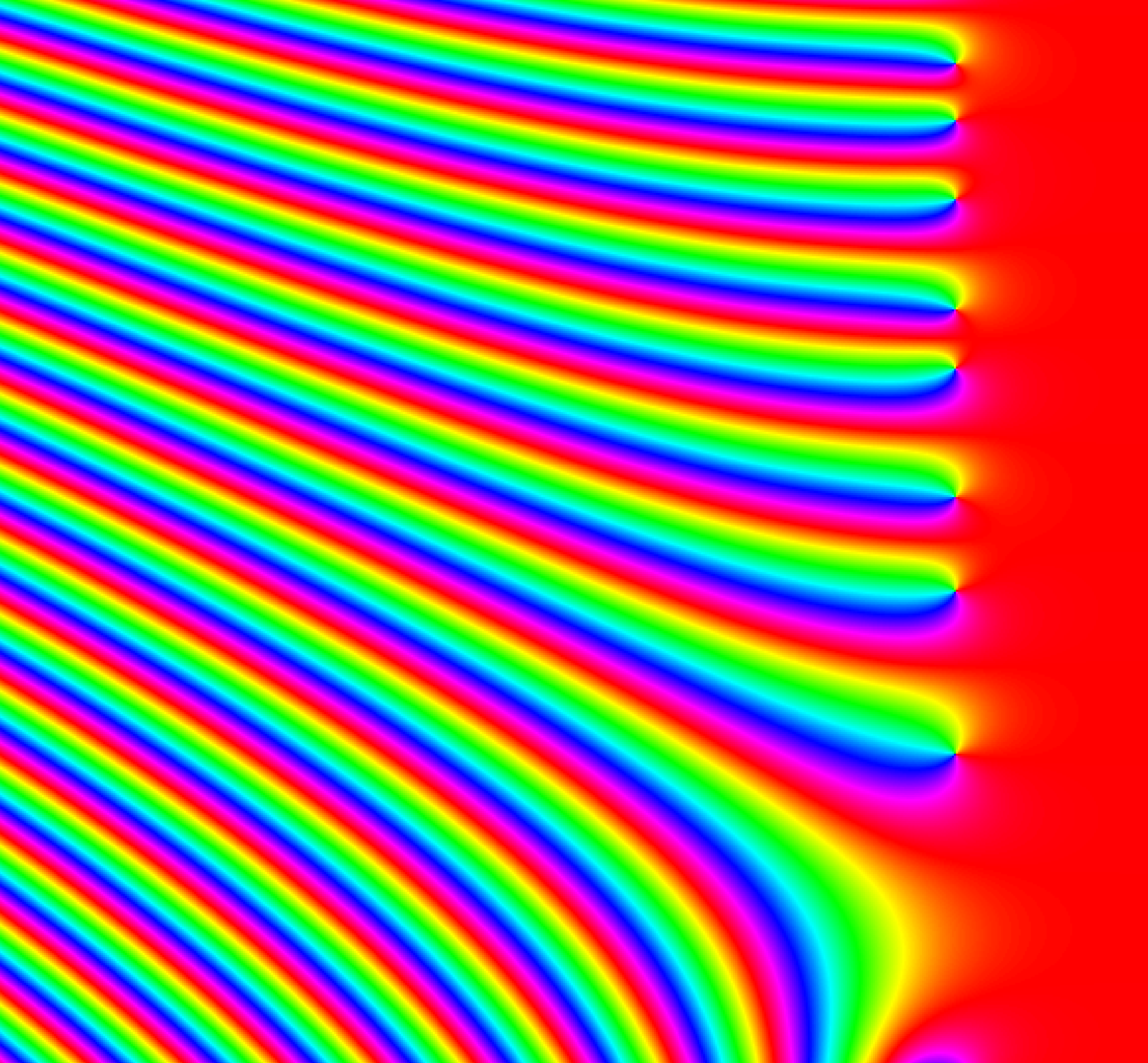 Atiyah and the Riemann Hypothesis

Let’s get straight to the point: Sir Michael Atiyah announced that he has a proof of the Riemann Hypothesis (RH) and will present it in Heidelberg this Monday 24 of September. This is already worthy of headlines, but if it happens that the proof is correct we are talking about news of seismic scale (with a 9+ reading on a Richter scale) that will be on the front page of every newspaper on the planet by Tuesday.

The RH is at the moment the most important open problem in mathematics, one that has eluded the greatest minds in the field for the last 160 years. It is an extremely deep assertion of the “topography” of a mathematical object called the Riemann zeta function. You can’t visualize the whole of it, as it extends to infinity in all directions, but you can see a small area of it in the figure at the top of this entry.

Do you see the points on the right side of the image where all the colors meet? Red, yellow, green, blue, and purple, they all run smoothly except on those points where they clash. You can count eight of them in the figure and they all seem quite aligned one on top of the other. The fact is that there are infinite of such points, and the RH says that they are all perfectly aligned on a vertical line.

Unfortunately this simple visualization of the RH doesn’t do justice to its underlying beauty nor its importance to mathematics. But just to put in context, already in 1900 the great mathematician David Hilbert posed RH as one of the greatest unsolved problems of his time. Testament of its difficulty is that one hundred year later RH remained open and it became part of the Millennium Prize Problems of 2000, one for which the Clay Mathematics Institute will give a prize of one million dollars for a correct solution.

There have been many claims in the past of someone solving RH, however every single time they have been premature announcements of incorrect proofs. Perhaps this precedent has made some people skeptic about Atiyah’s announcement and the feeling among many mathematicians is that we should be cautious about it. Nevertheless, what makes this episode so special is the person making the claim: Atiyah is up there on the top elite of living mathematicians, with a vast work spanning over decades, and distinguished with every possible honor that the community could give. He is not an obscure outsider but a firm block of the establishment.

The fact that Atiyah decided to present his result in a 45-minutes presentation at the Heidelberg Laureate Forum, with an unambiguous abstract saying that he “will present a simple proof [of RH] using a radical new approach”, certainly raises the expectations of everybody. On top of that, the organizers of the Forum confirmed via Twitter that Atiyah would give the proof, making you believe that at least some people in the high echelons of the field have some confidence of the result.

In any case Monday will be a special day. The talk will be streamed online and posted in YouTube a couple of hours later. Thousands of mathematicians – certainly every single expert on RH – will be following it minute by minute. Though I don’t expect to see a live coverage, as if it was a football match, I do think there will be a lot of online activity that day, mostly of people raising concerns about the proof and dissecting every line on the blackboard. Because of the complexity of the topic, I also doubt that everybody will be convinced by the end of the day that he is either right or wrong. Unless there is an extremely obvious error, this will take some time to be decided.

I am very excited about this news but also very conscious that we have been here before, and that it is quite plausible that at the end of all this RH remains out of reach from our minds. However, if it happens to be true, Atiyah´s result will become another beautiful gem in the field of mathematics, one that still will be shining hundreds of years from now.

Get a copy of Marcus du Sautoy’s “The Music of the Primes”, an amazing book that everybody will be able to understand and enjoy, telling the story of the Riemann Hypothesis and why it is so important.

For those with a taste for complex analysis, please also get a copy of “Visual Complex Functions” by Elias Wegert. This is one of the most beautiful books in mathematics that I have ever read. Moreover, I took the figure in this entry from Professor Wegert’s webpage.