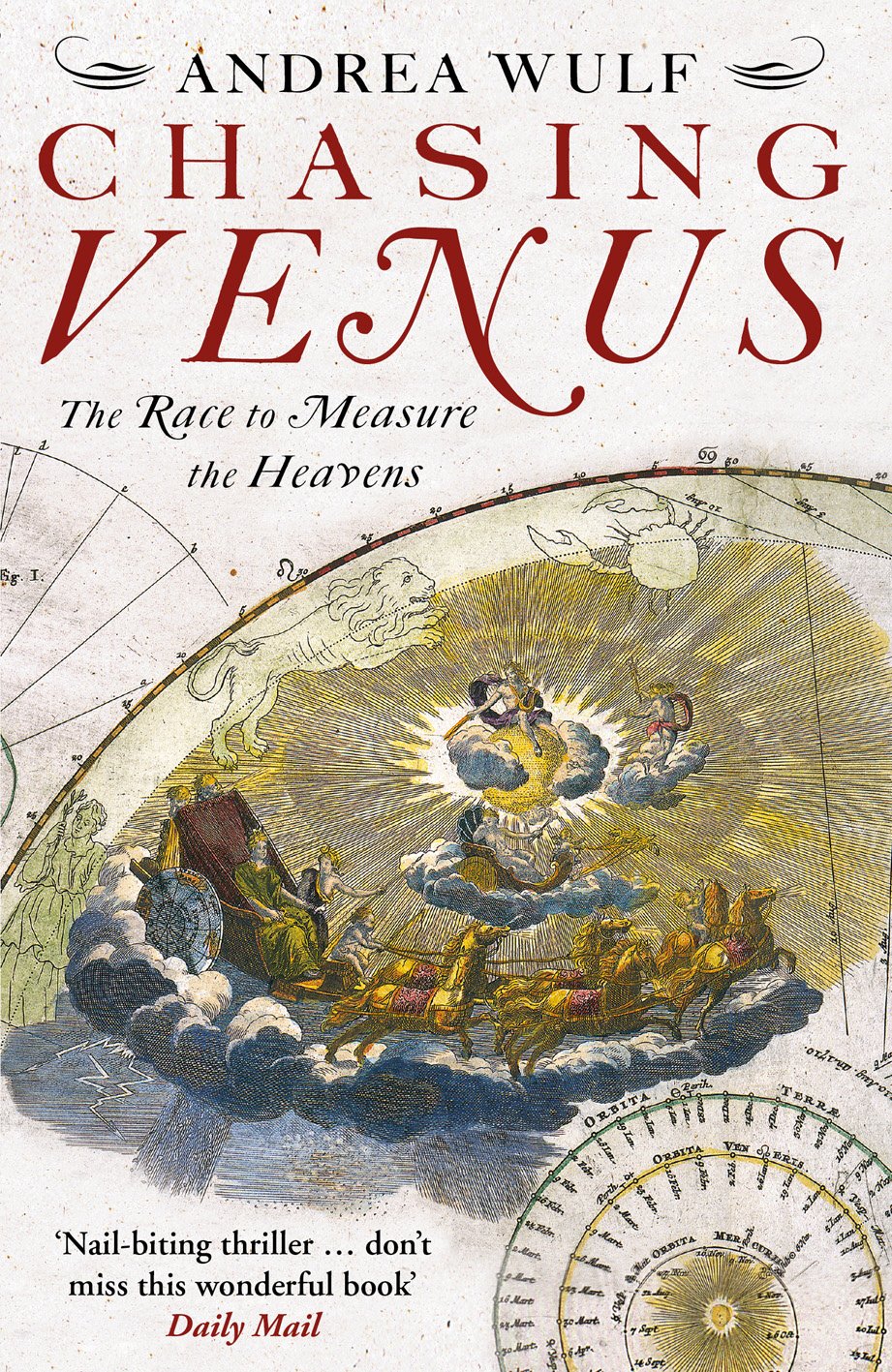 Chasing Venus: The Race to Measure the Heavens, by Andrea Wulf (2012)

This is a non-fiction book but one that I would love to see made into a film. It has absolutely everything for a guaranteed blockbuster: A rare astronomical event; flamboyant 18th-century courts in England, France and Russia; the Seven Years’ war; adventures in exotic India, remote South Pacific islands and the freezing Lapland in Finland. There is tragedy and redemption, failure and success. And the cast of characters is impressive, as every giant of the 1760s seems to appear or at least make a cameo: If you think ‘Avengers: Infinity War’ is the most ambitious crossover event in History, wait until you read “Chasing Venus”.

Approximately every 120 years, Venus passes directly between the Earth and the Sun – what is called the transit of Venus. The phenomenon looks like a small dot moving across the Sun and lasts for a few hours, from the moment that it appears until it goes away. The last one occurred in 2012, and it attracted some attention, but you would be forgiven if you didn’t register it among the main news of that year. However, back in the 1760s, it was an event that was in everyone’s mind, as for the first time in History all the leading powers of the planet – and I mean all of them – set aside their differences and launched an international project to measure, with as much accuracy as possible, the duration of the transit. A precise reading would unlock an enigma that had only a vague answer thus far: What is the distance from the Earth to Sun?

Wulf’s book is short and scholarly, with a detailed section of references. She keeps away from embellishing the story, but perhaps there is no need. The quest underwent by all those crazy explorers and scientists speaks by itself. I missed more colourful pictures and detailed maps in the printed edition, so I had to rely on Google to fill those visual gaps. However, I am still waiting for the movie to see this unbelievable story of human curiosity, stubbornness, and resilience in full splendour.