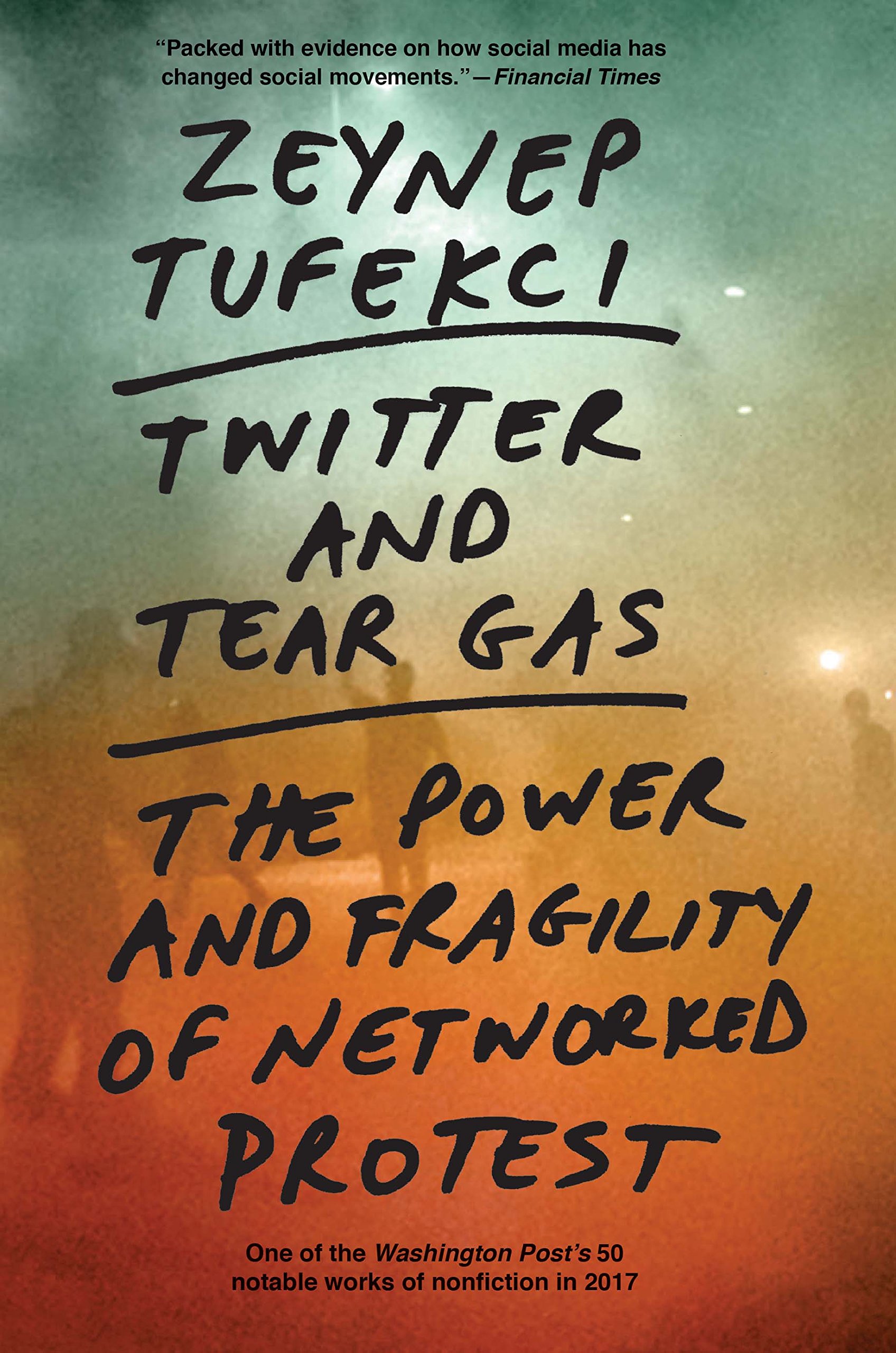 Twitter and Tear Gas: The power and fragility of networked protest, by Zeynep Tufekci (2017)

Two weeks after Donald Trump became president, I attended a large protest in front of Downey Street in London, demanding that the invitation for a state visit that Theresa May had just extended to him be withdrawn. The “Muslim ban” that he just had enacted was for me the last drop in a series of blatant xenophobic attacks, and I resented the complacency of the British government with it.

I learned about the protest on the very same day that it happened while scrolling the news feed of Facebook. The organizer, a well-known columnist of The Guardian, created the event just a few hours before but already counted the “interested participants” in the thousands. After finishing work, I left my office in Canary Wharf, went straight to Westminster and joined the large crowd while still wearing a suit – admittedly not the best attire for the occasion. I walked through the blocks filled with protestors holding witty banners and joined the chants that urged the PM to reconsider her misstep. After a couple of hours of this, I went back home.

Did any of this make any difference? Of course not. Mr Trump was welcomed by the Queen in June 2019, as part of the state visit that went ahead. Protests meant little for the realpolitik of those days.

I kept remembering this anecdote while reading Tufecki’s “Twitter and Tear Gas”, a book that explores the connection between social mobilization and social media. The protest against Mr Trump’s visit is a nice little example of the speed at which these demonstrations are built, but also their ephemeral nature, both aspects studied in depth in the book.

Tufecki has been tracing the evolution of protests since the 1990s in Chiapas, Mexico, and she uses the Occupy movement, the protests in Tahrir Square in Egypt, and the ones in Gezi Park in Turkey as the primary study cases. However, her analysis has a universal character that you can identify in more recent demonstrations, like the ones in Hong Kong in 2019 or the ones that followed George Floyd’s killing in 2020.

The nature of protests has changed from the times of the Civil Rights movement in the 1960s, but we can be sure that they will remain an integral part of society’s future. Everyone should make an effort to understand them and not just dismiss them or glorify them. Tufecki’s book is a very well written and accessible guide to these issues and makes you realize why, in the times of Facebook and Twitter, some protests change societies while some remain irrelevant.

Previous: 4. The Switch   Next: 6. The Coddling of the American Mind