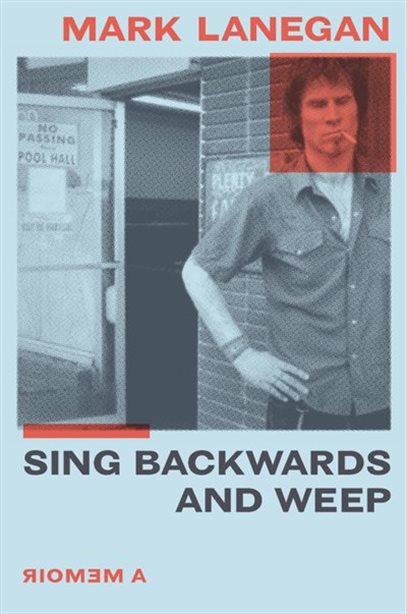 Mark Lanegan is my favourite singer, an artist that I admire almost with devotion. His deep, baritone voice has echoes of whiskey, cigarettes and pain. The lyrics of his songs are haunting and beautiful. In the stage, he has a sombre presence, unaffected by the roar of the crowd. His memoir, published in 2020, covering the years from his childhood up until 2002, is written with brutal honesty and gives unique access to the mind and soul of this giant.

Mr Lanegan is the unknown survivor of that well-known curse that decimated Grunge, the dominant rock music genre during the 1990s. The fatalities include Layne Staley and Mike Starr from Alice in Chains, Andrew Wood, from Mother Love Bone, John Baker Saunders from Mad Season, Shannon Hoon from Blind Melon, Scott Weiland from Stone Temple Pilots, Chris Cornell from Soundgarden, and of course, the king of them all, Mr Kurt Cobain from Nirvana.

Mr Lanegan was the frontman of the Screaming Trees, one of the prominent bands in the Seattle scene during those years, but one that never attained the ridiculous commercial success levels achieved by Pearl Jam or Nirvana. Still, his privileged position gave him a front seat to the drama that unfolded for all these talented musicians, fueled by alcohol, heroin and rock. Mr Lanegan’s life was not immune, and the recollection of the events in his life is nightmarish, gut-wrenching and utterly despaired.

After reading Mr Lanegan’s memoir, I made the commitment to listen again every one of his albums, but I found my emotions shifted: It is as if I was discovering him for the first time.

Fix
It’s true
Keeps on rainin’ baby
All crystalline
Your word in my head
Gonna watch from the balcony
Sing backwards and weep.